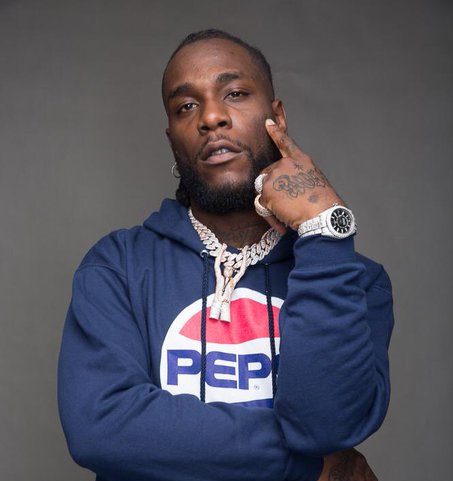 Grammy-nominated artist, Burna Boy, is getting the buzz on Twitter NG after appearing in a Pepsi advert alongside sporting stars.

Also featured on the advert which dropped on Tuesday is a Dutch footballer who plays for VFL Wolfsburg – Shanice Janice van de Sanden.

See a few reactions below:

@MaziIbe_ tweeted, “My team may not be in the Champions League but I’m Team Burna and that Pepsi x Burna Ad has given me reasons to look forward to every UCL match.”

“One thing I’ve learnt from Burnaboy is that you should do your thing, you will get there and the world will adjust for you,” says @SalamiMariam17.

According to @MoAdekunleOni “oporrrrrrrrr… From fighting for bigger fonts to being the vocals in a Pepsi ad featuring the greatest footballer ever, Burna has come a long way.”

@mrmanhere_ tweeted, “Now, before my team plays in any Champions League game, I’d start off by playing this new Pepsi X Burna Tune. This will be my new tradition because it’s the song of and for champions.”