A lady has taken to social media to express her worries over her boyfriend who has never said ‘I love you’ to her.

According to the post which was shared by popular relationship coach, Joro Olumofin, the lady revealed the issue really bothers her.

According to her story, she revealed that she has been dating her boyfriend for two years and within this period, the guy has never told her he loves her.

She revealed that the guy says he hates to say it.

She further added that although he doesn’t say it, he acts like he loves her as he always puts her first.

Read her story below; 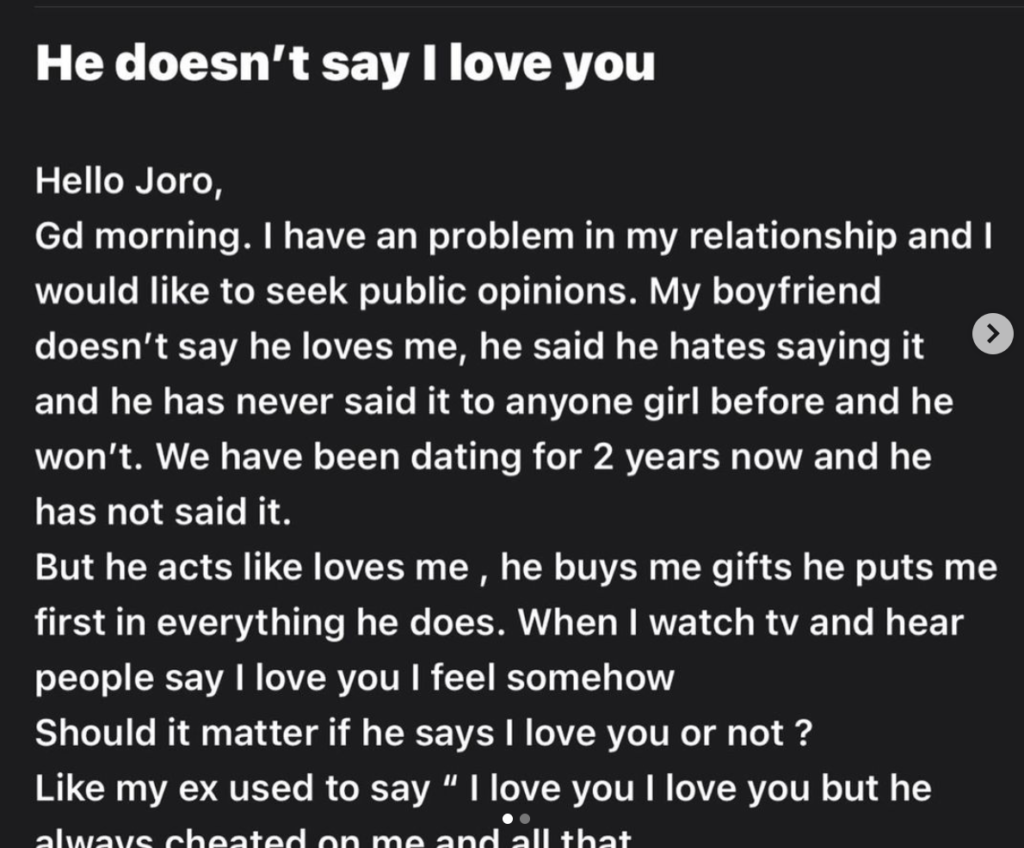 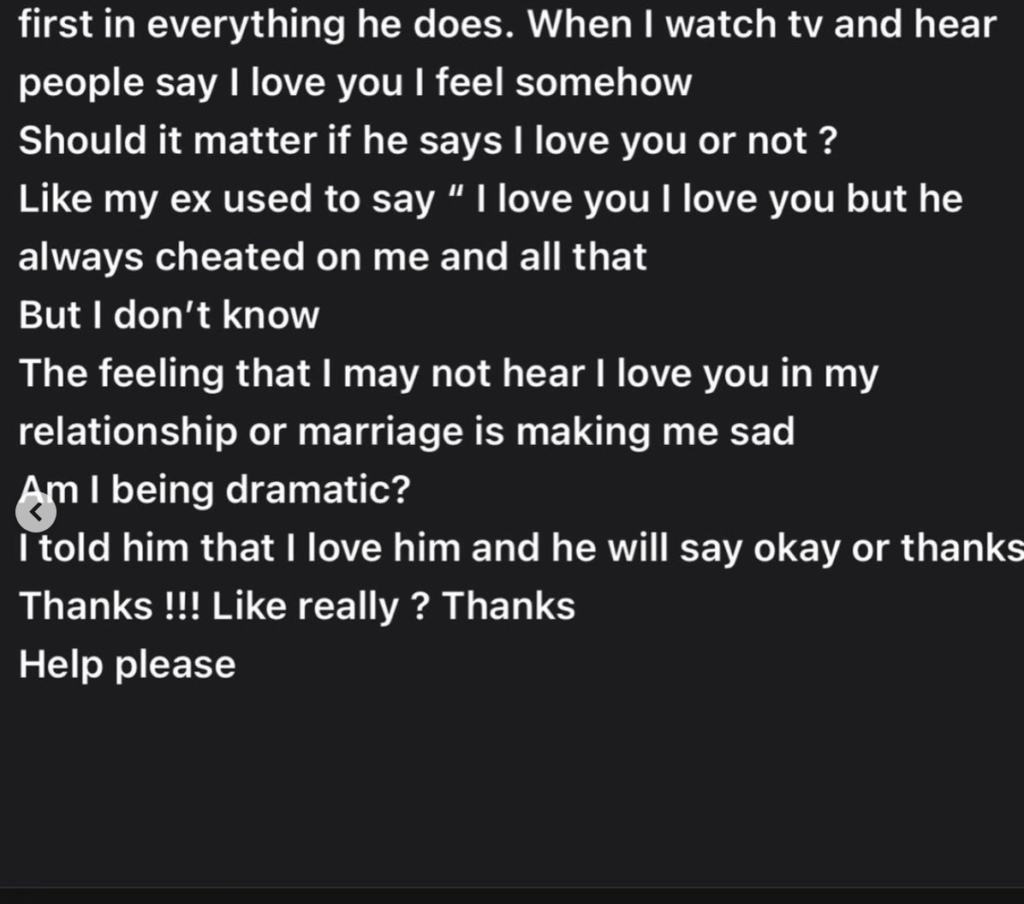 Related Topics:FeaturedloveRelationship advice
Up Next