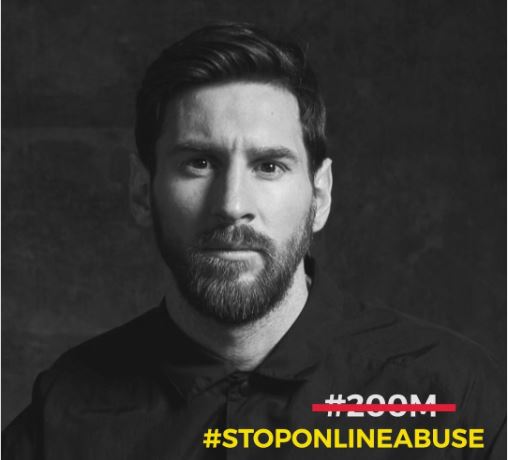 Multiple Ballon D’or winner and living Barcelona legend, Lionel Messi, reached 200 million followers on Instagram but the diminutive forward is in no mood to celebrate.

The Argentine, 33, urged his social media followers to help put an end to online bullying.

Discrimination on social networks remains a prominent issue and football clubs in England have taken a stand by boycotting Twitter, Facebook and Instagram this weekend in an attempt to convince the companies to do more to combat the problem.

After reaching 200 million followers on Instagram, Messi issued a plea to his followers, urging them to help fight racism and abuse.

“I see that I’ve just reached 200 million followers on Instagram, but given what is happening today, I’m not going to take it as a reason to celebrate,” Messi wrote on a post.

“I think the time has come to give importance to the people behind each profile, to realise that behind each account there is a person of flesh and blood.”