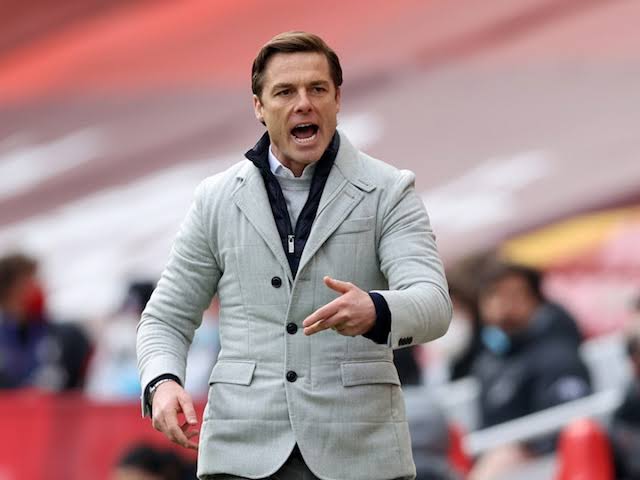 Fulham manager, Scott Parker has categorically refused to throw in the towel.He has charged his team to do the impossible by beating their next four opponents in order to avoid the drop.

The Cottagers suffered a blow in their pursuit to remain in the Premier League on Saturday with a 2-0 defeat to Chelsea at Stamford Bridge.

Fulham’s last matches against Burnley, Southampton, Manchester United and Newcastle are a must-win and Parker is positive that his team can pull the magic to stay in the league.

Speaking after the game, Parker told Sky Sports: “We’ve not got a positive result, but I got attitude, desire and a performance as well. We managed to put our stamp on the game. My team were front-foot, they were aggressive and showed quality, but just fell short in certain moments. I always felt we were in the game.

“I think we can do it. This is the challenge of the Premier League for a team like us. I understand the numbers and how everyone may see it, but anyone watching that game will have seen a dynamic team trying to win the game. I know we can win four games. We have to win four games. Everyone will be laughing at their screens listening to me talk, thinking I am living in cuckoo land. Maybe I am, I get that. But until that curtain comes down, let’s see.”

MORE READING!  Lessons for Nigeria from EPL BY Femi Adesina

Meanwhile, Chelsea’s Thomas Tuchel has expressed delight with his team’s win against Fulham, coming in between two Champions League semi-finals against Real Madrid.

“It was a very important win. I am very proud. Between two big semi-finals it is so hard to be full on, and we knew that Fulham gives everybody a hard time. They make you under-perform, work hard and suffer, and you cannot get confused by the table. That’s why I have the highest respect for what we did today.

“It was a tough one, but a very important win, and the best situation to arrive before Wednesday. We were spot on. We had no lack of concentration and that was the key point. Kai Havertz scored two decisive goals for us and was involved with Timo Werner. A very good performance and that’s the way he should be. I was happy with Billy Gilmour, he does not need to convince me, he did very well and has the quality to play for us,” he said.

Messi not celebrating MILESTONE of 200m Instagram followers over cyberbullying