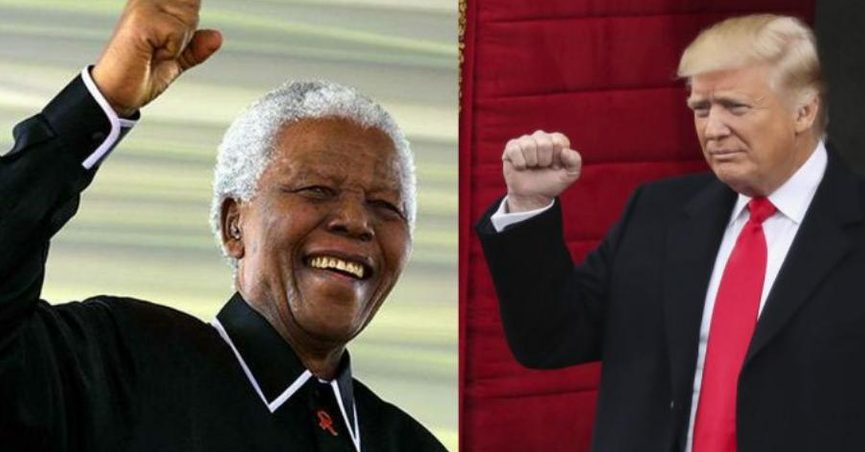 South Africa’s governing African National Congress (ANC) has condemned Donald Trump after his ex-lawyer Michael Cohen alleged that the US president had made disparaging remarks about anti-apartheid icon Nelson Mandela.

“Trump is a divisive, misogynistic and disrespectful person ever to occupy the office of the President,” the ANC said.

In contrast, Mr Mandela had stood as a unifying leader, who “reached out to the world and sought to bring peace and a just society”, the party added.

“The icon of our struggle, President Nelson Mandela stands in stark contrast to Trump. A unifying and principled leader, President Mandela reached out to the world and sought to bring peace and a just society. President Mandela also believed in good trade and sound diplomatic relations. “He forged a strong friendship with President Bill Clinton, interacted with political leaders across the political spectrum and never let go of his principles for pragmatic short term goals,” the ANC said in a statement.

Mr Mandela was a leader of the ANC and spent more than 27 years in prison for fighting minority rule in South Africa. He became the country’s first black president in 1994, about four years after his release from prison and promoted reconciliation with the minority white population. He stepped down as president in 1999, and died in 2013 aged 95. In his new book, Disloyal: A Memoir, Mr Cohen said Mr Trump had described Mr Mandela as “no leader”

“Tell me one country run by a black person that isn’t a shithole. They are all complete [expletive] toilets,” Mr Trump once said, according to Cohen.

“We do not believe that leaders who conduct themselves in the way Mr Trump does are in a position to offer authoritative commentary on the life and work of Madiba.”

MORE READING!  BBNaija: Vee speaks on rift between her, Tolanibaj and Erica (Video)
Related Topics:ANCFeaturedMandelatrump
Up Next