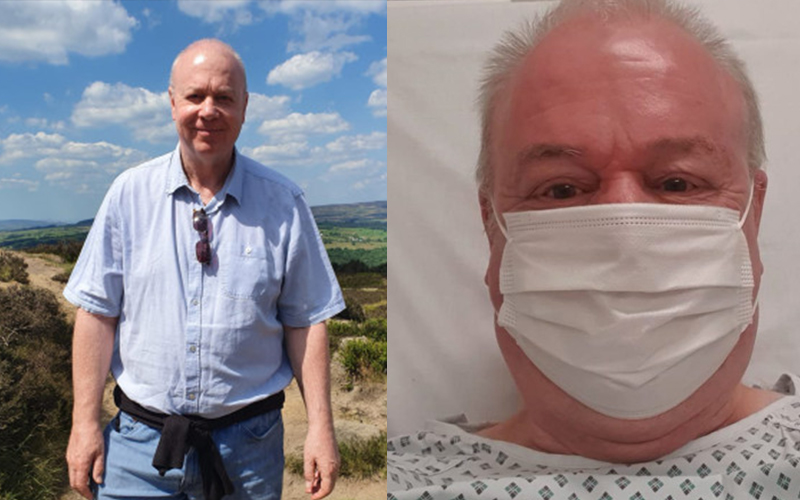 A 64-year-old man named Chris Walker had a near-death experience when he suffered a heart attack after watching England play in the recently concluded EURO 2020 championship.

Walker said he felt a weird pain as he went to bed after watching England beat Ukraine in the quarter-final on Saturday, July 3 as Harry Kane (4′, 50′), Harry Maguire 46′ and Jordan Henderson 63′ gave the Three Lions a 4-0 victory.”

He eventually went from one hospital having moved from Scunthorpe to Bradford (where he lives) and then Leeds, before it was discovered he had a heart attack and underwent keyhole surgery.

Narrating his ordeal, Walker said he doesn’t think the heart attack was linked to the football match but thanked the NHS for saving his life as he moves towards recovery, according to UK Metro.

“In my opinion, there was no link to the football match,” Chris said. “I’m alive thanks to the NHS.

“I’m glad it wasn’t anything serious. But it was still a heart attack and people should get checked out if they experience the same chest pains like I did.

“I went to bed and had a pain in the middle of the chest. I experienced great discomfort from this and did manage to get some sleep.

“But I knew something wasn’t right so I knew I had to get it checked out on Sunday morning.”

Chris, who is from Scunthorpe but lives in Bradford, got in a taxi and went straight to Bradford Royal Infirmary (BRI) for a triage assessment.

Due to the severity of his condition, he was sent to Leeds General Infirmary for an ultrasound scan of his heart.

“They instantly picked up that something was wrong. They told me I’d suffered a heart attack. It wasn’t a serious heart attack though. They indicated there was a blockage so they took me in for an angiogram,” he said.

An angiogram is an X-ray procedure that can help identify blocked arteries around the heart.

Chris says the cardiologists picked up three blocked arteries and told him he needed treatment quickly.

He then had keyhole surgery to open up his arteries and restore the flow of blood.

“They did all this while I was awake and talking to me. It wasn’t anything too spectacular, it was done within an hour. Clearly it was successful as I’m talking to you now.”

Chris was sent back to BRI for observation before being released last Wednesday.

“Prior to the heart attack, I’ve never really felt bad or seriously unwell. When I describe what happened, it doesn’t sound like a big thing when you hear the word heart attack.

“Apart from the pain and discomfort, I didn’t feel anything else, I felt normal otherwise and as soon as I woke up on Monday morning, I felt fine again as the stent had done its job.

“But I do feel lucky to get up and leave the hospital when so many others don’t get that opportunity.”