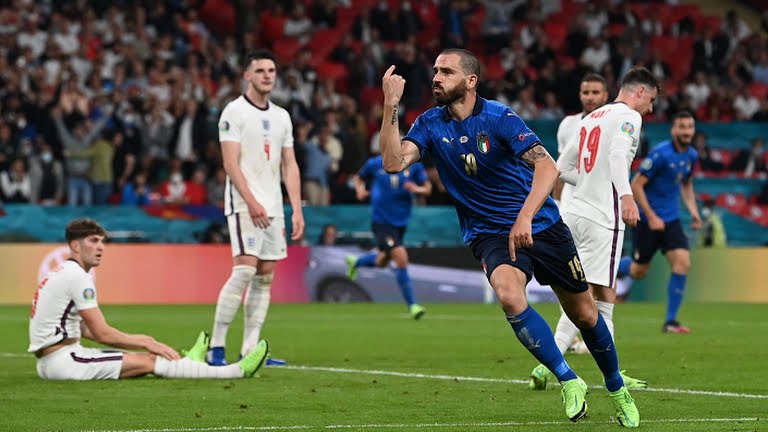 Leonardo Bonucci has pulled Italy level in the EURO 2020 final against England to cancel Luke Shaw’s record-breaking opener at the Wembley Stadium on Sunday.

The hosts failed to clear a corner kick in the 67th minute, thereby allowing the visitors to get back into the game after much asking.

Manchester United left-back, Luke Shaw, had earlier given England the lead after combining with Atletico Madrid right-back, Kieran Trippier, about one minute 56 seconds into the game as he whipped in a shot, sending Wembley into a frenzy.

The Italians who have been unbeaten in their last 33 games were left with a mountain to climb as they managed to find their way into the game but England had more threats in the game after 20 minutes of play.