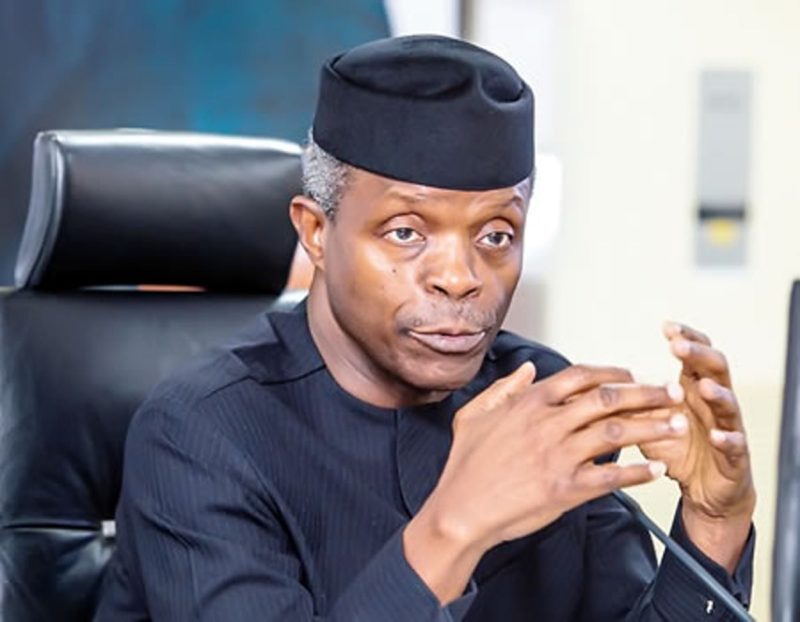 Nigerian Vice President, Professor Yemi Osinbajo has advised the Central Bank of Nigeria (CBN) against the ban of cryptocurrency.

Osinbajo gave his opinion on the prospects of cryptocurrency to the world economy in the future as well as the competition it will bring to tradition and reserve banking.

The CBN had earlier this month clamp down on cryptocurrency in the country, ordering banks nationwide to block accounts transacting in cryptocurrency.

In a follow-up statement, the apex bank said that “cryptocurrencies do not have any intrinsic value and do not generate returns by themselves,” while giving the reason for the ban.

“At this juncture, the CBN would like to assert that our actions are not in any way, shape or form inimical to the development of FinTech or a technology-driven payment system,” CBN added.

However, in a video uploaded on social media, Osinbajo concluded that “cryptocurrencies in the coming years will challenge traditional banking, including reserve banking, in ways that we cannot yet imagine, so we need to be prepared for that seismic shift.”

He added that although “some of the exciting developments we see call for prudence and care in adopting them. We must act in knowledge and not in fear. We must ensure that we are in a position to benefit and in a position to prevent any of the adverse side effects” including “possible criminal acts that may arise in the consequence.”

Cryptocurrencies in the coming years will challenge traditional banking, including reserve banking, in ways that we cannot yet imagine, so we need to be prepared for that seismic shift. pic.twitter.com/tbIR8eah2s

It rose around 72% as of February 15th 2021, thanks to the $1.5 billion invested by electric carmaker Tesla owned by the world’s richest man, Elon Musk.

Also, America’s oldest bank, Bank of NY Mellon joined the crypto train by forming a new unit called the Digital Assets unit to help clients hold, transfer and issue digital assets and it is expected to roll out the offerings later in 2021.

The bank will eventually allow digital currencies to pass through the same financial network it currently uses for more traditional holdings like U.S. Treasury bonds and equities.

“BNY Mellon is proud to be the first global bank to announce plans to provide an integrated service for digital assets,” said Roman Regelman, head of digital at BNY Mellon.

Shares of BNY Mellon rose 2% in premarket trading following the news, according to CNBC.