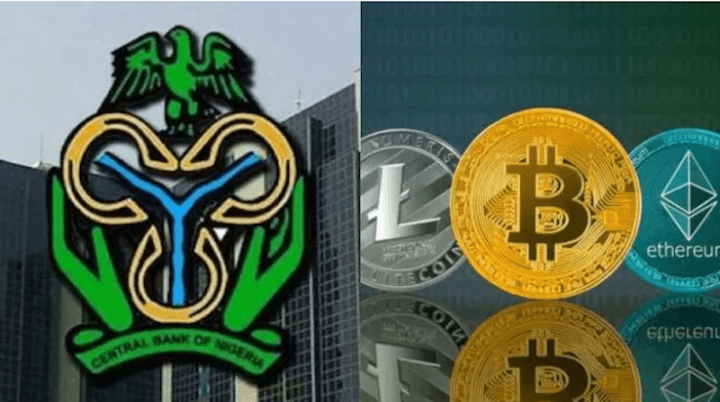 Transactions in cryptocurrencies are largely speculative, volatile and should be discouraged, the Central Bank of Nigeria (CBN) says.

The Central bank gave the explanation in a statement on its official website, by Osita Nwanisobi, Acting Director of Communications.

The explanation is coming on the heels of widespread reactions to the CBN’s recent directive prohibiting cryptocurrencies transactions by Deposit Money Banks (DMBs).

“Evidence now suggests that some cryptocurrencies have become more widely used as speculative assets rather than as means of payment, thus explaining the significant volatility and variability in their prices.

“Because the total number of Bitcoins that would ever be issued is fixed (only 21 million will ever be created), new issuances are predetermined at a gradually decelerating pace.

“This limited supply has created a perverse incentive that encourages users to stockpile them in the hope that their prices rise.

“Unfortunately, with a conglomeration of desperate, disparate, and unregulated actors comes unprecedented price volatility that has threatened many sophisticated financial systems.

“ In fact, the price of ether, one of the largest cryptocurrencies in the world, fell from 320 dollars to 0.10 dollars in June 2017. The price of Bitcoins has also suffered similar volatilities,’’ he said.

He said that cryptocurrencies do not have real values and cannot be trusted to generate returns on investments.

“Unlike Fiat Money which is accompanied by full faith and comfort of a country or Central Bank, cryptocurrencies do not have any intrinsic value and do not generate returns by themselves.

“ When one buys a stock, say of a conglomerate in the Nigeria Stock Exchange, its price reflects the activity and production of that conglomerate and the value people place on their goods and services.

“ This price may rise as the conglomerate produces better goods or services and probably gains greater market share.

“Investors only buy in the hope that its use and acceptability will rise, thereby pushing up its demand and price.

“But since new versions of cryptocurrencies come on stream with new mathematical models, an infinite supply may someday crash the price to zero,’’ he warned.

He, however, assured that CBN’s actions were not meant to discourage technology-driven payment systems but to boost them.

“At this juncture, the CBN would like to assert that our actions are not in any way, shape or form inimical to the development of FinTech or a technology-driven payment system.

“On the contrary, the Nigerian payment system has evolved significantly over the last decade, leapfrogging many of its counterparts in emerging, frontier and advanced economies propelled by reforms driven by the CBN.

“This is evident from the variety of participants, products, channels, cutting-edge technology in the payments system.

“ It is also validated by the astronomical growth of volume and value of transactions.

“Nigeria is an investment destination of choice for international financial technology companies because of CBN’s policies that have created an enabling investment environment in the payments system,’’ he said.

The director added that innovations in Nigeria’s payment system were catalyzed by regulatory reforms driven by the CBN.

He said such reforms included the issuance of a raft of guidelines and regulations on Operations of Electronic Payments Channels in Nigeria; Transaction Switching; Card Issuance and Usage, and Licensing of payment service providers.

“This has created both direct and indirect jobs for Nigeria’s youth population.

“Several other initiatives are being implemented to further support FinTech development and creation of jobs. These include regulatory sandbox and open banking principles that the Bank recently implemented.

“The recent regulatory directive became necessary to protect the financial system and the generality of Nigerians from the risks inherent in crypto assets transactions.

“The risks have escalated in recent times, with dire consequences for the integrity of the financial system and financial stability,’’ he said.

He emphasized that cryptocurrencies were largely speculative, anonymous and untuntraceable.

“They are increasingly being used for money laundering, terrorism financing and other criminal activities.

“ Small retail and unsophisticated investors also face a high probability of loss due to the high volatility of the investments in recent times.

“In light of these realities and analyses, the CBN has no comfort in cryptocurrencies at this time.

“We will continue to do all within its regulatory powers to educate Nigerians to desist from its use and protect our financial system from activities of fraudsters and speculators,” he said.

AfCFTA: Action committee to embark on a nationwide awareness tour