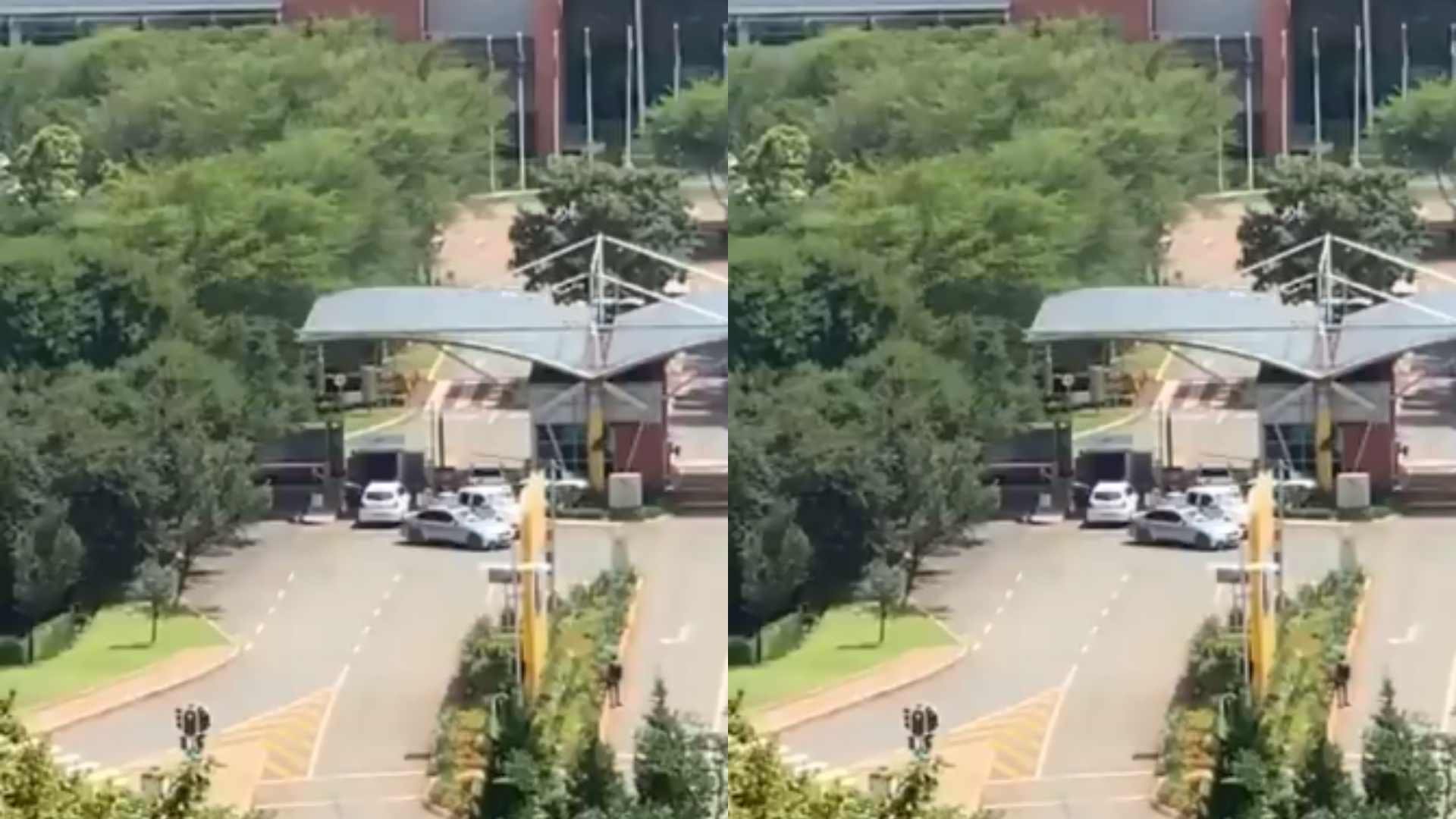 A video making rounds online has captured the moment some robbers were caught on camera robbing a courier vehicle in West Rand, South Africa.

The robbers were seen in the video, taking out items from the courier vehicle which they transferred into their own cars.

They also made a brief stop to pick up their gang members who kept watch while the robbery went on.

READ ALSO: See what lady did after she was asked why she was without face mask in supermarket

In other news, more shocking details have emerged following the arrest of 26-year-old Precious Teya who reportedly had sex with a 13-year-old boy.

Precious Teya from Chitungwiza who appeared in court on Friday, February 26 was charged with aggravated indecent assault as women can’t be charged with rape in Zimbabwe.

The court heard how the 13-year-old boy from Houghton Park in Harare met the lady at an adult dating site.

The boy who is a Form 2 pupil at Watershed High School started chatting with Teya on WhatsApp where he inquired about the services she offered.

Related Topics:RobbersSouth Africa
Up Next