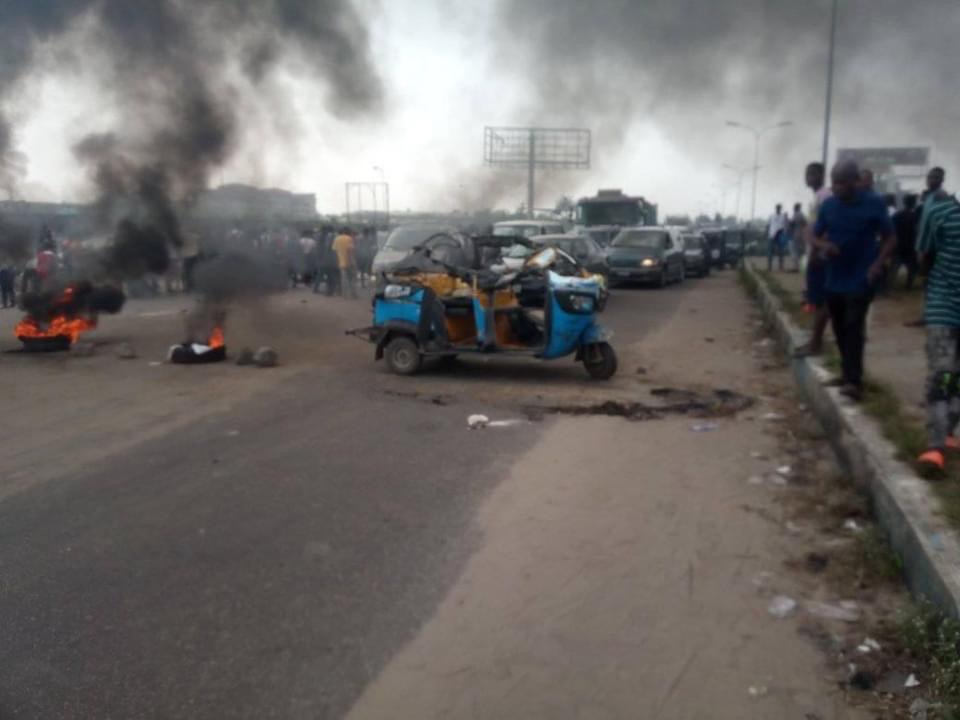 A mother and her little child have been killed by police officers chasing after suspected internet fraudsters in the area.

Graphic photos have emerged showing a mother and her child crushed to death by police officers in Warri, Delta state.
It was gathered that the police operatives attached to the Ebrumede Police Division in Warri were chasing after internet fraudsters aka yahoo boys when they crushed the innocent woman and her baby after getting involved in an accident.
An angry mob that gathered set the police hilux on fire with an intensified call to the new Delta State Police Commissioner to do something about the incident.
MORE READING!  Bandits kill father, son in Kaduna - commissioner
Related Topics:Police officers
Up Next

Biden: Poet Amanda Gorman to run for US president in 2036