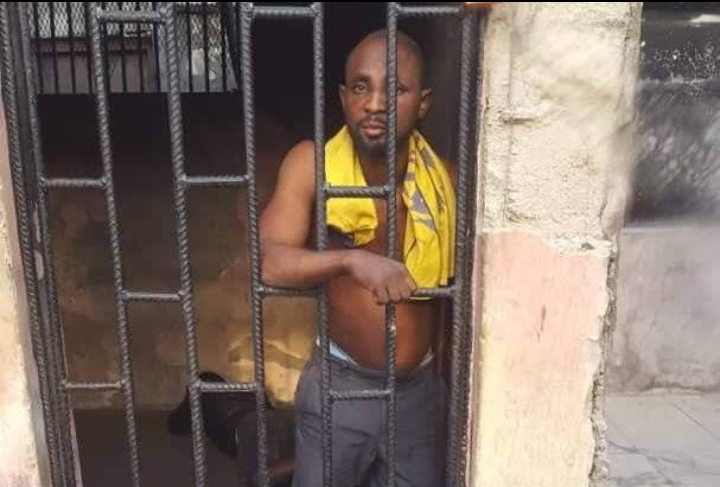 A man, identified as Tunde Abass, who was arrested for filming police officers harassing a driver has recounted his ordeal in a police cell in Lagos State.

Abass was arrested on Sunday, March 21 by officers attached to Onipanu Division for filming them in operation.

The activist, who had live-streamed the incident on his Facebook account, was subsequently released on Monday, March 22.

Speaking through his counsel, Ayo Ademiluyi, the activist said he was denied food brought by his friends and “beaten black and blue.”

“He was also detained with a mentally deformed detainee who made his midnight sleep a miserable one by kicking him in the sides.

He was taken to the Yaba Magistrate Court, where the police officers who brought him from Onipanu Division were not successful in filing trumped-up charges against him after same was rejected by the counsel from the Department of Public Relations, who vetted the charges,” he said.