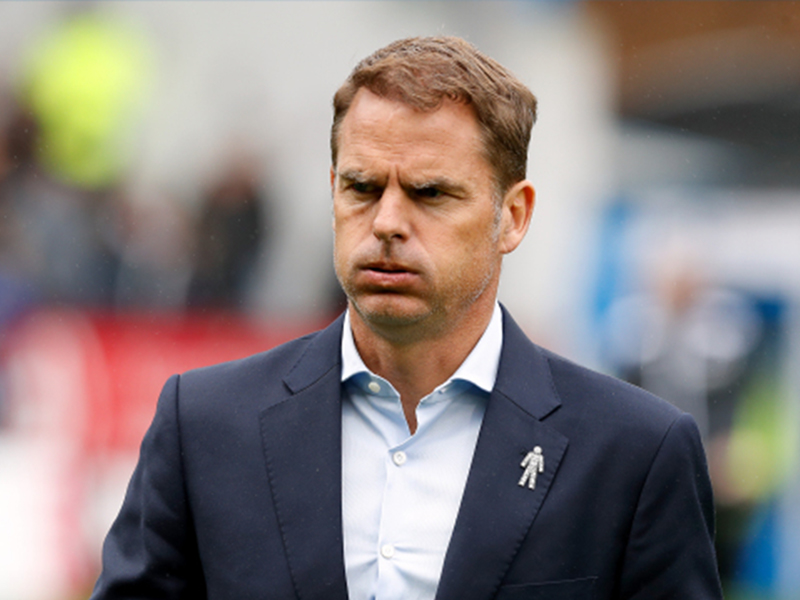 Netherlands have announced the departure of head coach, Frank de Boer, after he failed to lead the team beyond the Round of 16 of the EURO 2020 championship.

De Boer’s men finished top of Group C by defeating Ukraine, Austria and North Macedonia but crashed after suffering a 2-0 defeat to the Czech Republic in the knockout stage on Sunday

A statement on the Dutch national team’s website said that the decision was made on Tuesday afternoon after consultation with De Boer and his agent Guido Albers.

“It has been decided that both parties will separate with immediate effect. Frank de Boer has announced that he does not want to continue, which is also in line with the contract between both parties, which required a place in the quarterfinals. That contract will not be renewed,” the statement read.

Reacting to the development, De Boer said: “In anticipation of the evaluation, I have decided not to continue as national coach. The objective has not been achieved, that is clear. When I was approached to become national coach in 2020, I thought it was an honor and a challenge, but I was also aware of the pressure that would come upon me from the moment I was appointed.
“That pressure is only increasing now, and that is not a healthy situation for me, nor for the squad in the run-up to such an important match for the Dutch football on its way to World Cup qualification. I want to thank everyone, of course the fans and the players. My compliments also to the management who has created a real top sports climate here on the Campus.”