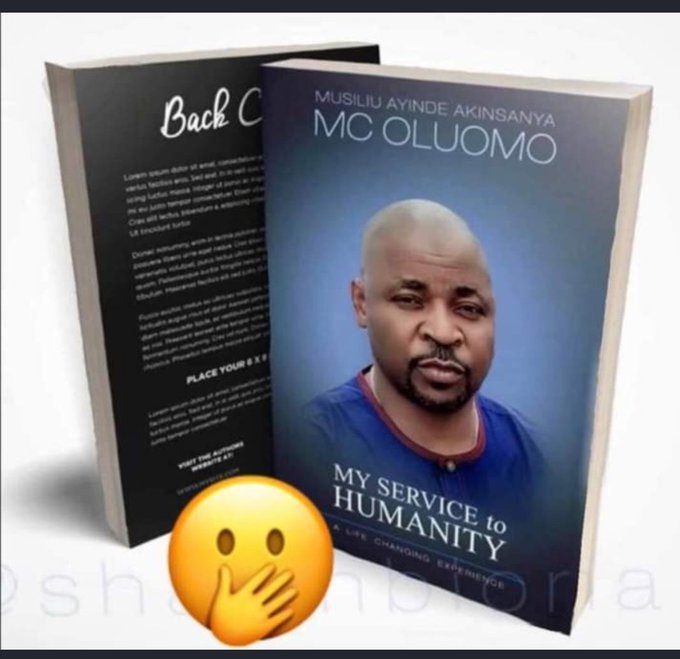 Nigerians will have to wait till around March 2021 before they get the feel of the Lagos State Chairman of the National Union of Road Transport Workers, Musiliu Akinsanya aka MC Oluomo’s book.

The news of the book titled, ‘My Service to Humanity’, came as a surprise to many Nigerians on Tuesday, attracting thousands of comments on Twitter as it ranked number one on the trending topics on Wednesday evening.

Confirming the veracity of the news, MC Oluomo’s spokesman, Jimoh Buhari, in a conversation with The PUNCH, said that the book, a biography of the NURTW boss, will come out in time for Oluomo’s birthday in March.

“The book is not yet ready but should be launched around March when MC Oluomo’s birthday will be held.

“The book is just about MC Oluomo’s experiences, his history, and his life story. There are many misconceptions about him and the book gives him the opportunity of clearing the air on many issues.

Buhari was, however, quick to dispel rumours that his superior has no political ambition at the moment after reports that Oluomo plans to contest for the Lagos State governorship election.

The book “is certainly not about 2023 politics. There have been rumours about his intention to contest but right now, he has no such ambition.”

Related Topics:FeaturedMC OluomoMy Service to Humanity by MC Oluomo
Up Next