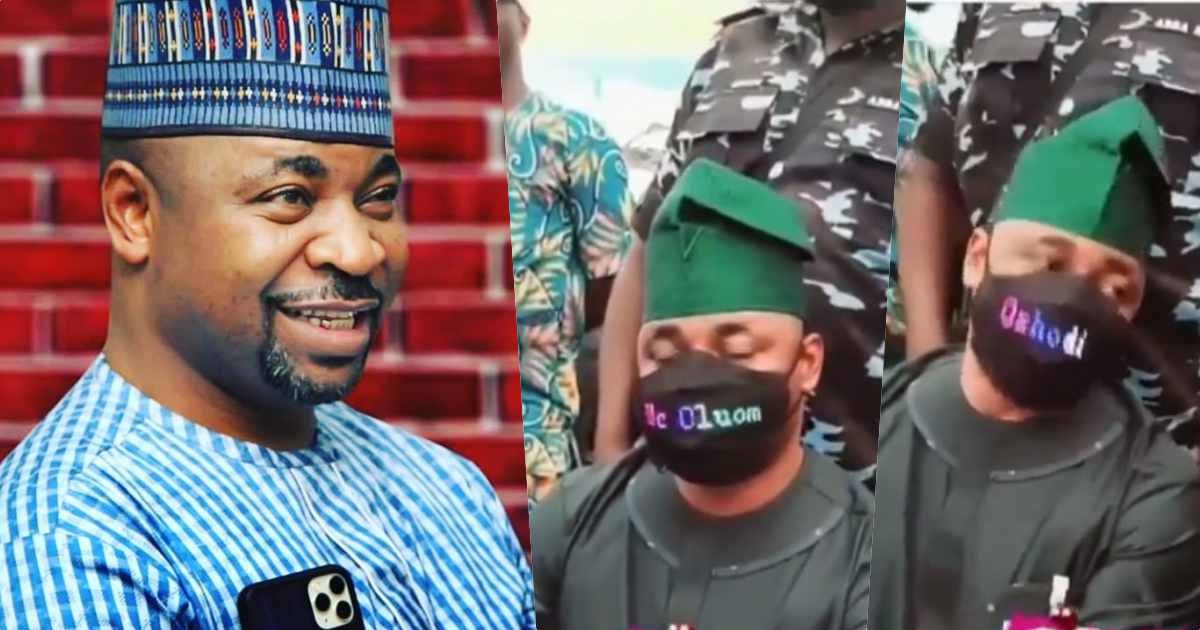 Akinsanya, popularly known as MC Oluomo, was recently captured in a viral photo online wearing an electronic nose mask at an event.

The electronic nose mask which shocked many caused quite a stir among social media users.

Oluomo also had the nose mask customized with his name. It displayed “Mc Oluomo Oshodi.”

While some social media users complimented the uniquely customized nose mask, others were not buying into the mask as they felt it was quite unnecessary.

@davidkayode32 wrote: “Only in my country, PHD,OND,masters decree holders working under uneducated people illiterate people living largely and lavishly like a presido.”

Easter: Prices of tomatoes, onions, other perishables skyrocket in Lagos