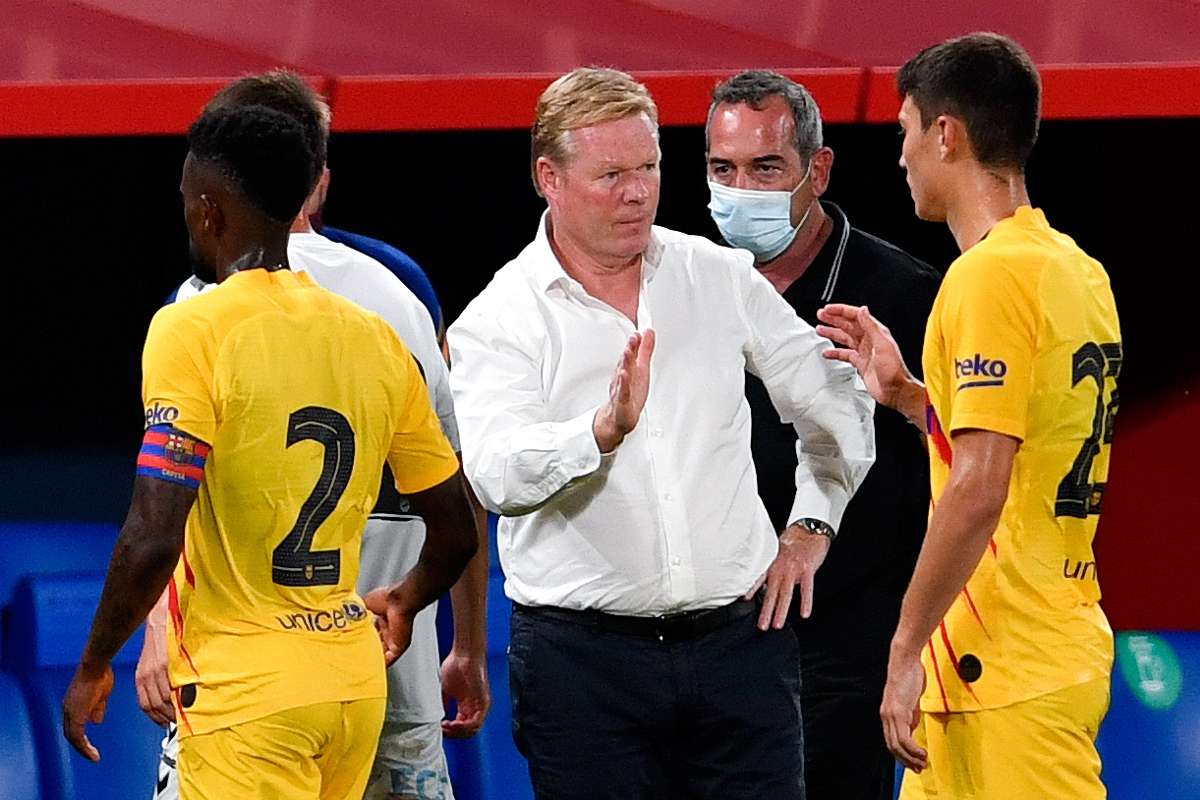 His comments came after his side earned an underwhelming 3-1 win over Gimnastic de Tarragona in a pre-season friendly on Saturday.

The Dutchman lined up with a 4-2-3-1 system with two holding midfielders, a shape rarely used by Barca coaches in the past.

He started Sergio Busquets and Carles Alena in the middle in the first half and then Frenkie de Jong and Riqui Puig, as he changed his entire team after half-time.

“It’s perhaps a little different and more defensive to what we have seen in the last few years,” Koeman told the club’s official television channel.

“But the aim is to move the ball, hold on to it and create space to play between the lines, behind the opponents’ midfielders.

“I think this team is capable of doing this because we have midfielders who are able to play in that way.”

Ousmane Dembele opened the scoring for Barca while Antoine Griezmann and Philippe Coutinho scored from the penalty kick spot in either half.

It was Koeman’s first game since quitting his role with the Netherlands to coach the Catalans.

The coach played close to a full-strength team in the first half.

He started Lionel Messi, even though the captain had only started training on Monday after ending his stand-off with the club following his request to leave on a free transfer.

Barca plays Girona next Wednesday in another friendly and are in talks to face Elche in a final pre-season match before beginning their campaign at home to Villarreal on Sept. 27.

This will be coming two weeks after the official start of the La Liga campaign.

“It was important for those players to play now because this is not a normal pre-season, we only have four weeks together, not six and it’s very difficult,” Koeman added.

“What we want to do right now is focus on our fitness and then over the next two weeks focus on more tactical questions.

“The most important thing today is that fortunately there were no injuries and everyone was able to play 45 minutes.

“We showed good levels of intensity in spells, and although there are things we can improve in we are happy.

“We’ve only been working together for two weeks and now we have two more.”