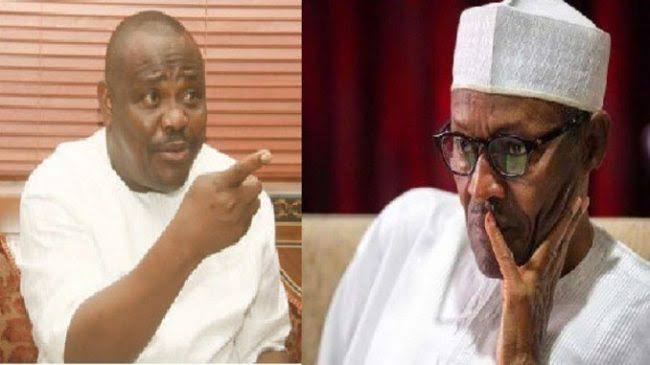 Recall that WuzupNigeria reported how the President departed the country for the United Kingdom on Tuesday afternoon where he was expected see a doctor during his stay in the UK.

Presidential spokesman, Femi Adesina, added that he would return to the country in the second week of April.

However,  during a courtesy visit to the governor by a delegation of the Medical and Dental Council of Nigeria at the Government House, Port Harcourt on Wednesday, Wike said he would never seek medical help outside Nigeria.

In a statement signed by his Special Assistant on Media, Kelvin Ebiri, Wike lamented the deplorable state of the country’s health system.

The governor reiterated that he hasn’t travelled in two years and urged the council to resist playing politics with approved quota for medical and dental schools in Nigeria, particularly the Rivers State University College of Medical Sciences.

Wike was quoted as saying, “The health care system in Nigeria requires very serious attention. It is unfortunate where we are. I don’t want to comment on people who are traveling for medical check. I have not travelled for the past two years.

“If we have all these things here why do we have to travel. We have all it takes to provide it. Why will I go out to do my check (overseas) when I have all the facilities in Government House?

“I don’t need it. Everything that is required for me to undergo any test is here. The resources we have it. Why can’t we provide it for our people?”

The governor further said his government would sign a contract for the construction of a world-class cancer and cardiovascular diseases centre with Julius Berger, saying when the centre, which is expected to be completed within 14 months is ready, it would boost the internal revenue of the state government.

Killers of Catholic priest will be apprehended – Ortom