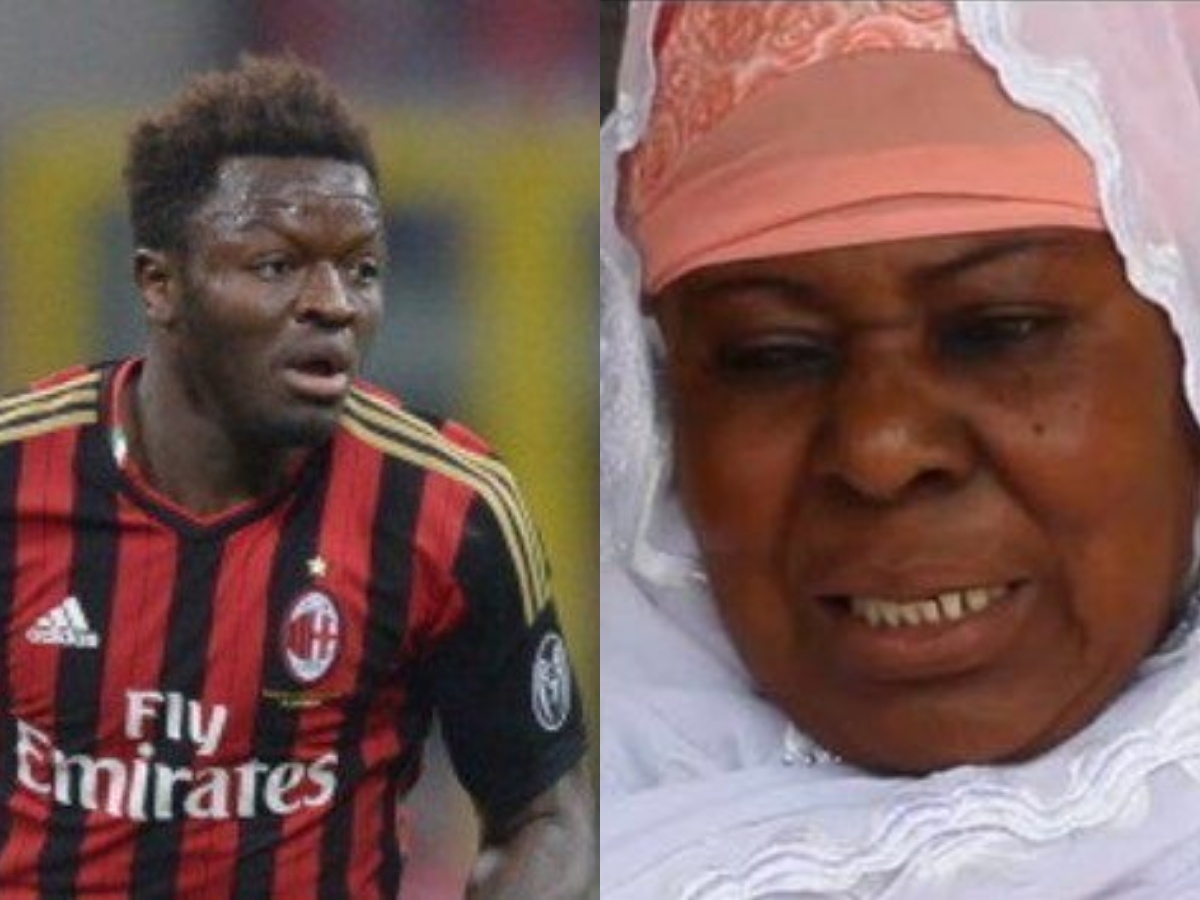 WUZUPNIGERIA gathered that the mum of the former AC Milan star passed away on Sunday after battling with an illness.

In a condolence message on Monday, the Professional Footballers Association of Ghana (PFAG) led the charge as it extended its support for Muntari and his family.

“The @PFAGofficial is saddened to hear of the passing of the mother of Sulley Muntari. We hold you close in our thoughts and hope you know you can lean on us for whatever you may need.

Hajia Kande made headlines after her rant that the Ghana football team will not perform well without her son’s contribution back in 2009.

“No Sulley, no Black Stars; that is the plain truth, so those peddling those lies should stop,” she told Fox FM in Kumasi.

“Sulley has not done any wrong to warrant the rampant bashing being meted out to him by soccer fans in the country. So is this how Ghanaians are treating Sulley after his selfless services to the Black Stars over the years?” she said in the interview in April 2009 when Muntari was playing for Inter Milan.

I left Madrid because they lost faith in me – Zidane