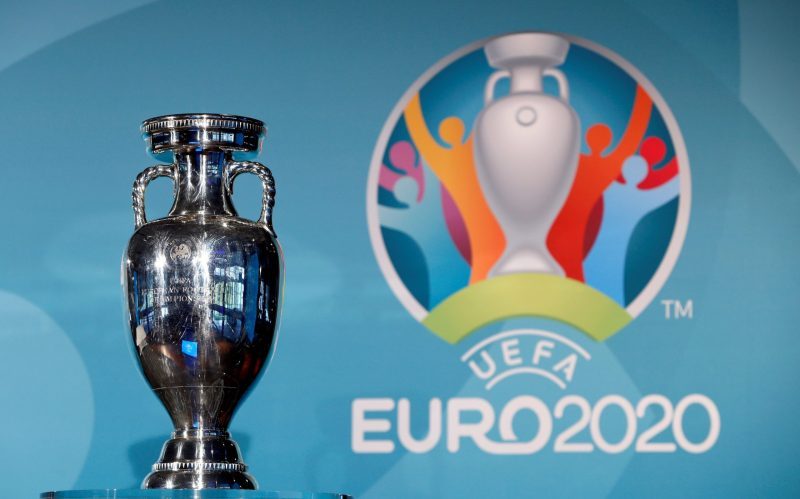 UEFA has threatened to relocate the Euro 2020 final to Hungary unless the government provides a quarantine exemption for 2,500 VIP officials.

England are due to host the tournament’s semi-final and final at Wembley – with the latter taking place on Sunday, July 11.

However, UEFA is said to be considering its options given the current quarantine restrictions in the UK and today issued a statement saying they hope they will reach a ‘satisfactory conclusion’ with government, but added, ‘there is always a contingency plan’.

We understand the pressures that the Government faces and hope to be able to reach a satisfactory conclusion of our discussions on the matter.

UEFA has said they are prepared to change the venue if the host city is under Covid restrictions that could prevent fans, officials and important corporate guests from attending the games.

According to The Times, UK ministers are now discussing a proposal to exempt UEFA and FIFA officials, politicians, sponsors and broadcasters from having to self-isolate.

As it stands, a ten-day isolation is required for people arriving from countries that are on the amber or red list – and to make matters worse every team in the European Championship is currently on the UK’s amber list (apart from Turkey who is on the red list).

However, the exemption would allow 2,500 VIPs to attend games at Wembley during the knockout stages and fans of the participating teams to go to the matches, ‘using a strict testing and bubble concept’, according to UEFA.

The exemption would also allow VIPs to watch each team’s training sessions and attend UK government meetings without undergoing a period of isolation.

In a statement, UEFA said: “UEFA is delighted that the capacity at Wembley will go up to at least 50 per cent for the knock-out round matches.”