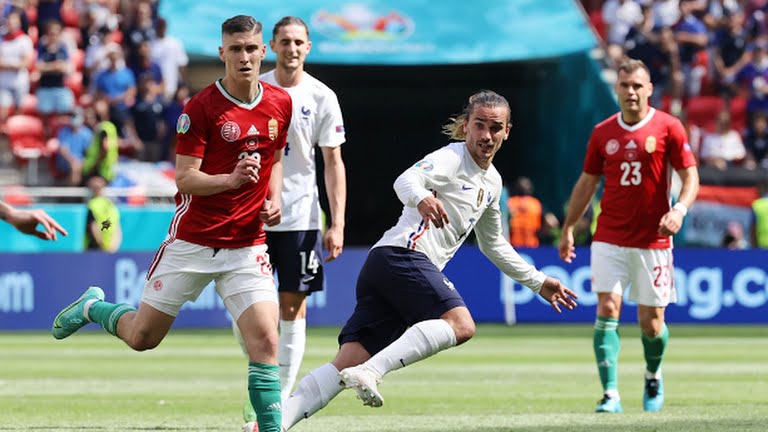 France survived an upset from Group F underdogs, Hungary, following a 1-1 draw in their second EURO 2020 match at the Ferenc Puskás Stadium in Budapest on Saturday.

The French were hoping to cement their qualification into the last 16 after a 1-0 victory against Germany in their opening game but were frustrated by a Hungarian side that lost 3-0 against Portugal in their first game.

A late first-half goal gave the home team the lead after Attila Fiola (45+2′) found the back of the net but France pulled one back through Barcelona forward, Antoine Griezmann in the 66th minute.

France went top of the table with four points and would require at least a draw when they face Portugal for their final group game, provided the Germans fail to defeat the Portuguese in their game later tonight.

Hungary, on the other hand, face an impossible task away to Germany in their final group game and would require nothing but a win to stand a chance of qualifying for the Round of 16.