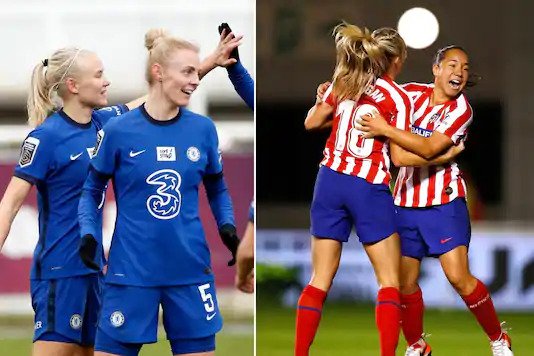 Premier League side Chelsea will face Spanish giants Atletico Madrid in the Round of 16 of the Women’s Champions League.

Defending champions Lyon, who have won a record seven titles and made it five in a row last season, face Danish side Brøndby, while Manchester City face Fiorentina.

The only other past champions still in the competition is Wolfsburg who face Norwegian side LSK Kvinner – the former club of interim England head coach Hege Riise.

First legs are scheduled to be played between March 3 and 4, with the return fixtures expected to take place between March 10 and 11.

The final will be played at Gothenburg’s Gamla Ullevi stadium on May 16.

Wolfsburg (GER) vs LSK Kvinner (NOR)