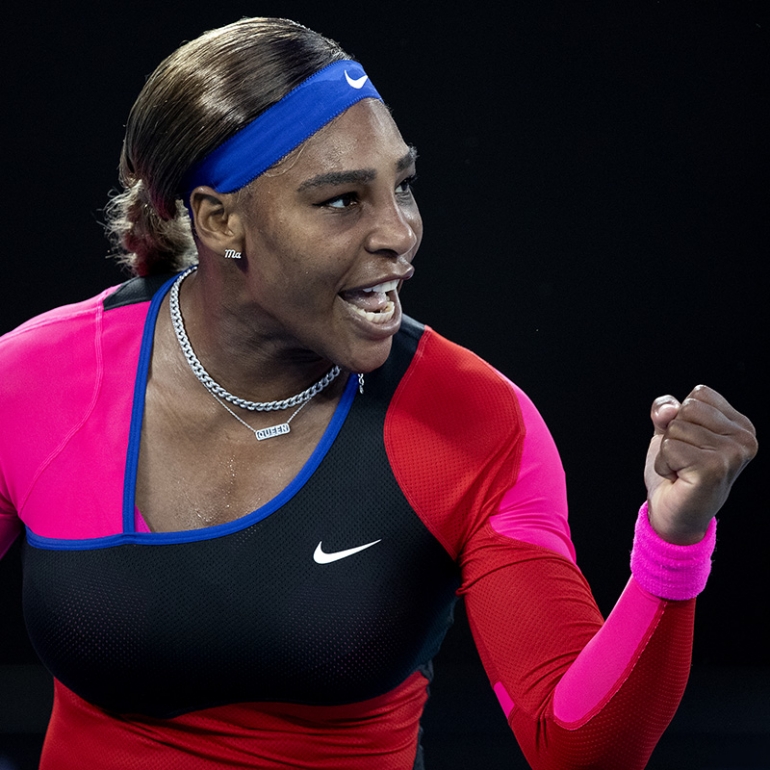 Serena Williams progressed into the semifinal of the Australian Open 2021 after beating Simona Halep 6-3 6-3 in an intense quarter-final match.

The 23-time Grand Slam champ was looking to take revenge for the 2019 Wimbledon final 6-2 6-2 defeat to Halep as she sets sight on her 24th title.

Halep although put up a fight in both sets, it was not enough to deny he a place in the semifinals, a blockbuster match-up against Naomi Osaka.

Speaking after the game, Williams said, “I definitely think this is the best match I’ve played this tournament for sure,” said Williams.

“Obviously I had to, going up against the No.2 in the world. I knew I had to do better and that’s what I did. I’ve been watching her and I’m sure she’s been watching me.

“I feel like this is such a good opportunity for me just to keep doing my best. It’s the first Grand Slam of the year for me. I had an incredibly long, arduous off-season. And so, I’m honestly happy with every win I get.”