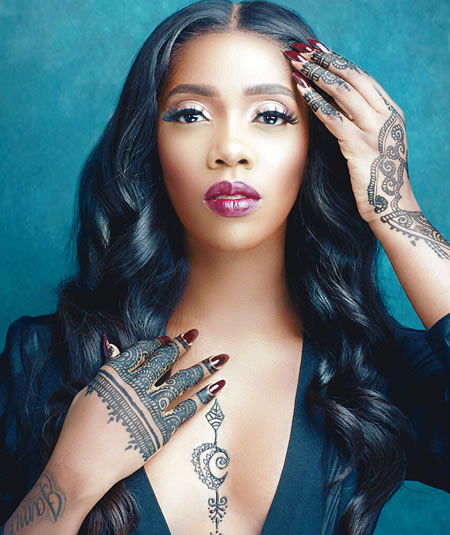 Tiwa Savage has reacted after her new album, Celia, was compared to the success of an EP released by fellow female singer, Tems.

A Twitter user identified as @draxer_VD had described Celia as an over hyped album which hasn’t done as much in comparison to the EP by Tems which just got released.

“Tiwa savage released her over hyped album CELIA played a gender victim on it, told us the album was going to change narratives about her career only for all to turn out mid. Tems new EP has reached no 1 on Apple music Nigeria with the album charting no1 also..

“I’m very sure, Tiwa will start dissing Tems on this. Write your songs, sing good songs and don’t rant and call it “singing”. CELIA songs none in on top 10 apple music.”

In response, Tiwa Savage appreciated the criticism and promised to work harder.

“I am not fighting you, I’m just an artist hustling to achieve my dream. I’m grateful I’ve been doing this for years. I don’t mean to hurt you but I appreciate your criticism, I’ll work harder. Love you though #somethingnice.”

Related Topics:FeaturedTemsTiwa Savage
Up Next