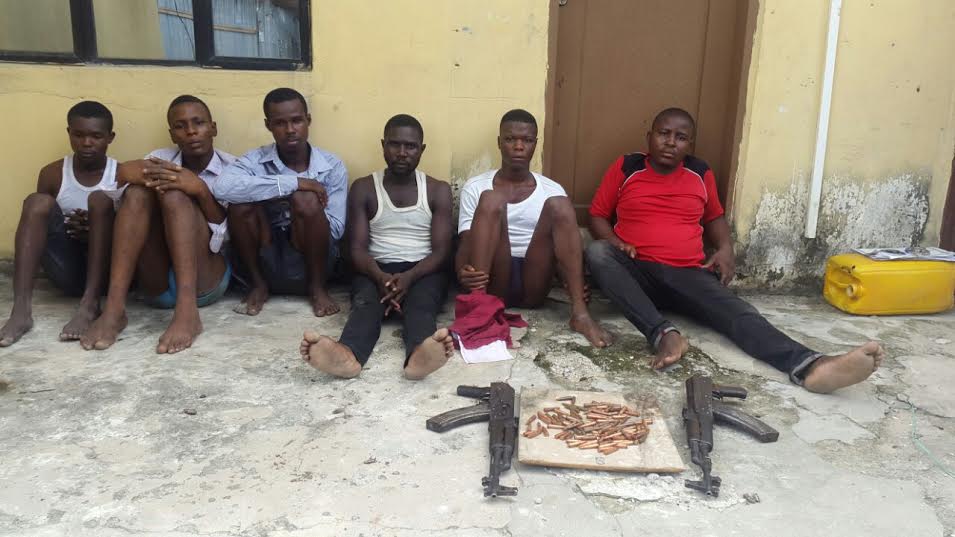 Some deadly kidnappers have been arrested by security operatives within the Niger Delta.


The details of the arrest was made public by the Deputy Co-ordinator of the Operation Delta Safe’s Joint Media Campaign Centre, Thomas Otuji, who said that the troops of operation, in conjunction with the Nigerian police and vigilante group also rescued a kidnap victim.

The victim, Mrs Patience Abere, who is the Chief Matron of Ughelli Central Hospital, was abducted by three armed men in her car, at her residence in Delta State.

According to ChannelsTV, a statement issued by the spokesman for the command headquarters of ‘Operation Delta Safe’ in Yenagoa, Lieutenant Thomas Otuji, said the arrest was part of the recent successes recorded in the ongoing special operation against oil theft and other related crimes in the Niger Delta.

Police are now looking for the other two suspects who fled on sighting the troops, one of the suspects, Innocent Egboboh, was apprehended while two locally made pistols and three live cartridges were recovered from the criminals.

The criminals were on their way to kidnap a victim when the troop monitored and swung on them.
Items recovered included one AK 47 rifle, two magazines and 49 pieces of 7.62mm special ammunition.

Aside successes recorded in the fight against kidnapping, they also achieved some success in the battle against illegal bunkering operations and attempted inducement of their troops.

During a static operation the troops arrested one Mr Salisu Mohammed Zayyan, a driver of a petroleum tanker marked ‘Iveco’, with inscription of major petroleum marketer, Con-oil.

The tanker was reported to be containing 33,000 liters of substance suspected to be illegally refined Automated Gas Oil (AGO).

The suspect confirmed to have illegally loaded the product from Port Harcourt and was heading to Zamfara State.

Furthermore, while on patrol, troops intercepted one Mr Kesiena Oloya conveying 35 x 25 litre Jerri cans, filled with substance suspected to be illegal AGO along Jeremi junction also in Ughelli south.

The suspect, who attempted bribing troops with the sum of 29,500 Naira, was arrested and handed over to the police, while the vehicles were set ablaze.

Two white Hilux vehicles, one which disguised as an escort vehicle with an escort tag as plate number and the other suspected to be carrying illegal refined ago were also intercepted by the troops.

While appreciating the untiring support of the public for providing timely information to the command, officers of the Operation Delta Safe, reaffirmed their commitment to fighting crime in Niger Delta.

According to them, “no amount of inducement by recalcitrant criminals will compromise the resilient troops from ridding economic saboteurs from the region”.

Stupidity of the highest order! See how this 30-year-old lady concealed cocaine into Nigeria (Photos)