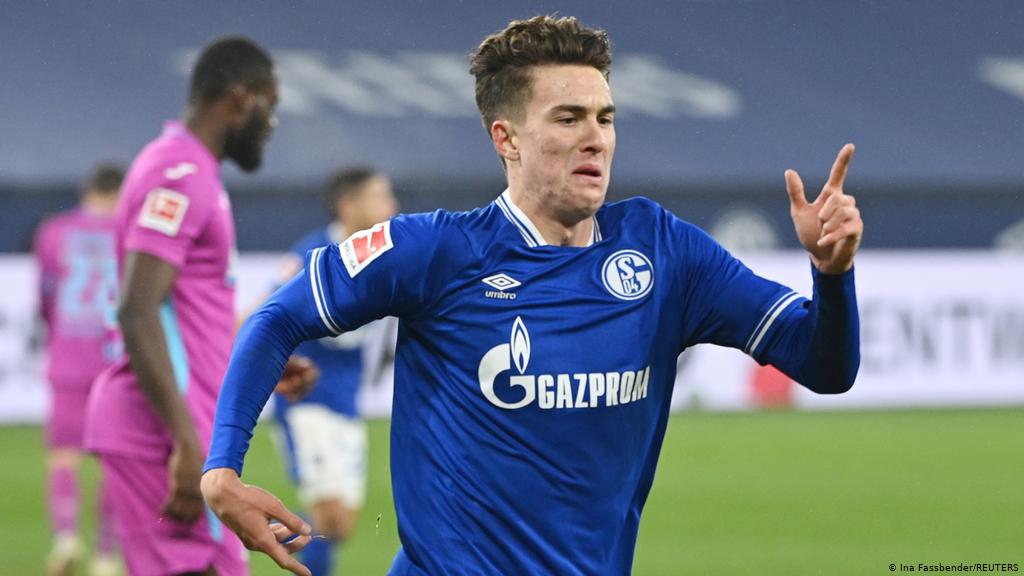 19-year-old Matthew Hoppe has made history for America after a week of uncertainty by becoming the first American to bag a hattrick in the German Bundesliga.

The world power was in the limelight for a negative reason after pro-Trump protesters mobbed the US Capitol Hill building in order to stop the certification process of Joe Biden’s election win.

While at least five people reportedly died in the mayhem, Hoppe restored ‘hope’ for his nation by scoring three important goals to help Schalke 04 with their first Bundesliga win in 31 games – to avoid equalling a league record.

The youngster who was also scoring his first sets of senior career goal after six matches netted the hattrick in the space of 21 minutes as Schalke thumped HOffeinham 4-0 on Saturday.

Amine Harit wrapped up the scoring with Schalke’s fourth goal in the 73rd minute to put smiles on the faces of the home fans.

Nicknamed Die Königsblauen (The Royal Blues) had not won a league game since 17 January 2020 – 358 days ago.

The win comes in Christian Gross’ second game in charge of Schalke (the club’s fourth manager of the season), moving them off bottom ahead of Mainz and are now four points from safety.

Gross succeeded Huub Stevens who only spent four days as caretaker manager following the sack of Manuel Baum on December 18, 2020.

Recall that Baum who was only in charge for about three months replaced David Wagner who was sacked on 27 September 2020.

Serie A: AC Milan get Ibrahimovic boost for Torino match