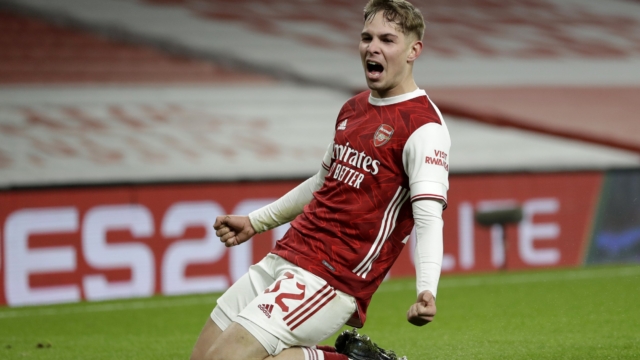 Arsenal left it late on Saturday night as they secured a 2-0 win over Newcastle to move into the next round of the FA Cup.

The first half of the game lacked the spark expected in the all-Premier League affair as both teams tugged to get control of the game.

Andy Carroll stole the headline in the first half with a rather ironic defensive display in the Newcastle box as he made three blocks to deny the Gunners a chance to go ahead.

Both teams went back and forth in the second half but failed to break the deadlock with Arsenal getting more of the possession.

Carroll missed a glorious opportunity steal the win late in the game with a follow-up after forcing a splendid save out of Bernd Leno from close range.

The game went into extra-time and it was more of Arsenal’s attack against the sturdy defence of the home team but it took a Smith-Rowebilliance in the 109th minute to break the deadlock.

Smith-Rowe who was lucky to stay in the game after he got an earlier red card reversed, Emile Smith-Rowe gave Mikel Arteta’s men the lead with a brilliant finish.

It didn’t take long for the Gunners to cement their win with another goal from their Gabonese star eight minutes later as he tapped in a low cross from Kieran Tierney from five or six yards out.

“I was really happy,” he says of his goal in an interview with the BBC. “It was a bit of a relief for me. The [red card] incident before that wasn’t ideal but it wasn’t intentional.

“We knew coming into the game how tough it was going to be, that they’re a really strong opponent, but it was just about breaking them down and we’re happy to get the win.

“It’s great, you know. From a young kid, I’ve always wanted to play for this club. All us young kids are just looking for opportunities and I’m really happy to be playing with this club.”