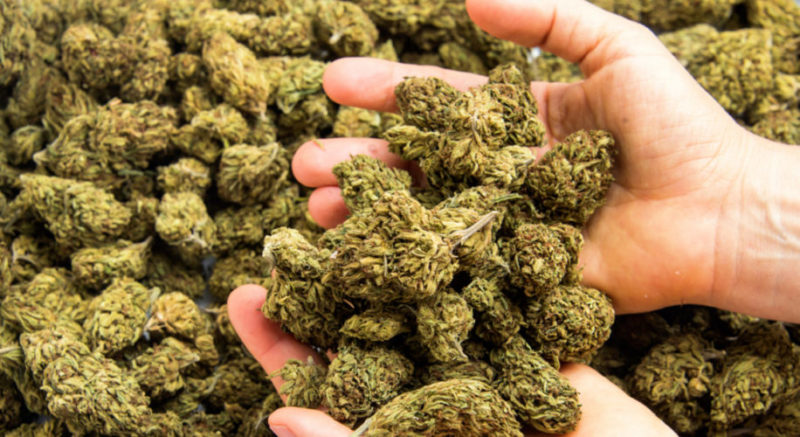 In an interview last week, Senate Majority Leader Chuck Schumer (D-NY) said that lawmakers are in the process of merging various marijuana bills in an effort to prioritize some form of federal cannabis legalization.

Schumer indicated that a new bill could remove cannabis from Schedule I of the Controlled Substances Act and allow states the freedom to determine their own policies regarding cannabis without federal interference. The bill could also direct cannabis tax revenues to invest in communities impacted the most by the war on drugs, expunge marijuana records, and prevent large corporations from monopolizing the cannabis market.

The proposed merged bill appears to be a compromise between the more expansive bill favored by progressives and passed in the House in December (the MORE Act), and a narrower bill that may be more palatable to the more conservative Senate (the STATES Act).

While elected officials try to advance the legalization ball down the field, researchers continue to report new discoveries relating to marijuana use. And, whether you are a cannabis advocate or detractor, there’s something for everyone in the latest spate of cannabis-related research papers.

The Good: Access to Legal Cannabis Stores Linked to Fewer Opioid Deaths
Researchers from Yale and the University of California, Davis published a study last week in The BMJ showing that access to legal cannabis stores in the US was found to be associated with a reduction in opioid-related deaths. The study found a particular link between access to cannabis stores and deaths from synthetic opioids like fentanyl.

Although some previous studies had suggested that such access might help to reduce opioid-related deaths, the results of those studies were equivocal.

The Yale and UC Davis researchers were the first to examine the association between active cannabis dispensaries and opioid-related mortality at a county level. They looked at data from 2014 to 2018 for 812 counties in states where cannabis dispensaries were legal and controlled for county-level population characteristics and other variables.

While the researchers state that their study, “contributes to understanding the supply side of related drug markets and how it shapes opioid use and misuse,” they caution that the observational nature of their study means that they have not established a causal link.

Before their study is used to support expanded cannabis access to address the opioid crisis, the researchers urge that further research is needed. In particular, the investigators indicate that data from individual opioid users will provide a better understanding of how people may substitute cannabis for opioids.

The Bad: Frequent Use of Cannabis in Young People Linked to a Drop in IQ Over Time
In another study published last week, this time in Psychological Medicine, researchers found that adolescents who frequently used cannabis experienced Intelligence Quotient (IQ) declines over time.

Investigators at the Royal College of Surgeons in Ireland (RCSI) University of Medicine and Health Sciences systematically reviewed and analyzed seven longitudinal studies involving 808 young people who used cannabis at least weekly for a minimum of 6 months compared to 5308 young people who did not use cannabis.

Longitudinal studies were only included in the researchers’ analysis if they included both baseline IQ scores (prior to starting cannabis use) and one or more follow-up IQ scores. On average, follow-up occurred until age 18, though one study followed participants until age 38.

Results showed that young people who used cannabis frequently experienced a decline of approximately two IQ points over time compared to non-users. That decline also appeared to be primarily related to a drop in verbal IQ.

As noted by Dr. Emmet Power, Clinical Research Fellow at RCSI and first author on the paper, “Cannabis use during youth is of great concern as the developing brain may be particularly susceptible to harm during this period.”

Adds Professor Mary Cannon, Professor of Psychiatric Epidemiology and Youth Mental Health at RCSI and a senior author on the study, “Loss of IQ points early in life could have significant effects on performance in school and college and later employment prospects.”

The Ugly: Entrepreneurial Creativity is Both Helped and Harmed by Cannabis Use
Finally, a study in the latest issue of the Journal of Business Venturing reports that cannabis provides one foot on the gas and one foot on the brake when it comes to creativity in entrepreneurs.

Researchers at Washington State University found that entrepreneurs who were regular cannabis users were more likely to generate more original new business ideas than those of non-users.

The problem? Their ideas were also less feasible than those of non-users.

The researchers asked 254 entrepreneurs to complete a new venture ideation task in which they generated as many ideas for a new business based on virtual reality technology as possible. Participants then each selected their best idea and a panel of experts judged the ideas in terms of originality and feasibility.

Participants were also asked about their passion for entrepreneurship, business experience, and cannabis use. Researchers then divided the entrepreneurs into cannabis users and non-users, with the users having reported using cannabis an average of almost 20 times in the previous month.

Investigators found that the increased originality and decreased feasibility of business ideas among regular cannabis users only occurred among participants who identified themselves as having a strong passion for developing new business ideas. They also found that the effect did not occur among regular cannabis users who had founded more than one business.

According to Dr Benjamin Warnick, assistant professor in the Department of Management, Information Systems, and Entrepreneurship at the WSU Carson College of Business and lead author of the study”

“This is the first study we know of that looks at how any kind of drug use influences new business ideation.”

“Our results suggest that cannabis-using entrepreneurs might benefit from non-users’ insights to develop the feasibility of their ideas,” added co-author Dr Alexander Kier, assistant professor of entrepreneurship in the Carson College of Business. Kier said.

“This may be especially true for cannabis users who tend to get very excited about coming up with new ideas or don’t have much experience founding new businesses, since others can serve as a grounding influence, providing a reality check on their ideas.”

“Clearly there are pros and cons to using cannabis that deserve to be investigated further,” said Warnick. “As the wave of cannabis legalization continues across the country, we need to shed light on the actual effects of cannabis not only in entrepreneurship but in other areas of business as well.”

Although the study did not address whether its participants reported being high at the time of the experiment, the authors propose future research to assess the effect of being high on entrepreneurs’ creativity.

For more of the latest cannabis-related research, see And Now for Some Bad News About Marijuana: Addiction and Health Risks and CBD Found to be Effective as a Broad Spectrum Antibiotic.