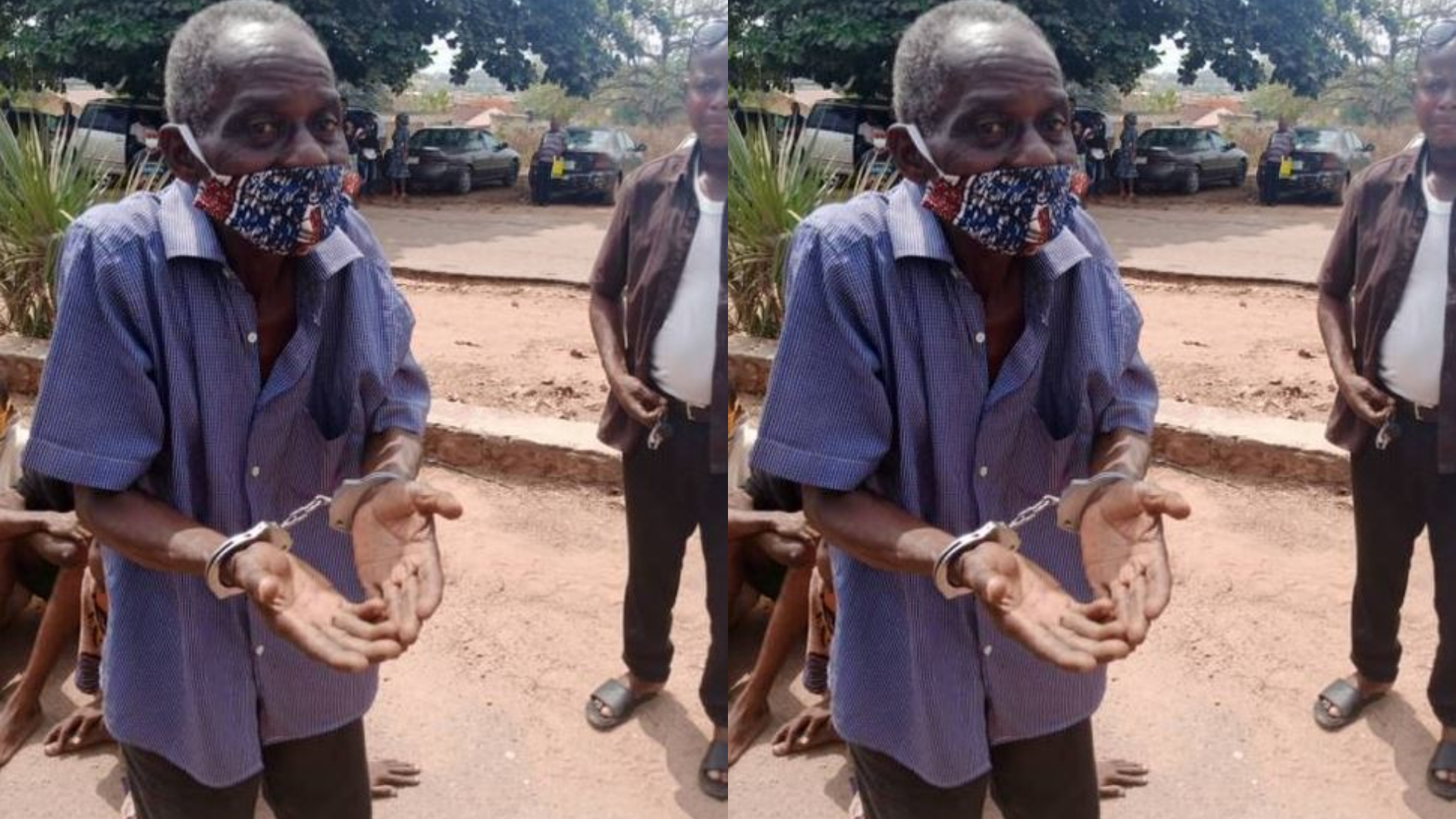 The 72-year-old pastor was arrested along with Opeyemi Rasaq, who was also said to have played a role in the crime.

The state police Commissioner in the state, Ngozi Onadeko who paraded them at the state police command on Wednesday, said the pastor was arrested for having unlawful carnal knowledge of the girl between 2019 and June 2020.

“The suspect and the parents of the victim live within the same compound and the victim always goes to the living room of the suspect to watch television.

Consequently, the suspect took advantage of the prevailing situation to have unlawful carnal knowledge of her four distinctly independent times.

“The suspect made a confessional statement to that effect, admitting that the allegation is true. The case was transferred to state CID Iyaganku, Ibadan where it was charged to court.”

An Indian man identified as Dinesh Kumar Dharne has been sentenced to death for sexually assaulting a five-year-old girl before murdering her.
The tragic incident happened in India.
A local court in Hyderabad, India awarded the death penalty on the man for the rape and murder of the five-year-old girl in December 2017.
Pronouncing the judgment on Tuesday, February 9, Judge B Suresh Babu of the Metropolitan Sessions Court at LB Nagar sentenced the 23-year-old accused to capital punishment and a fine of Rs 1,000.
Related Topics:Cherubim and Seraphim ChurchFeaturedPolice in Ibadanrape
Up Next