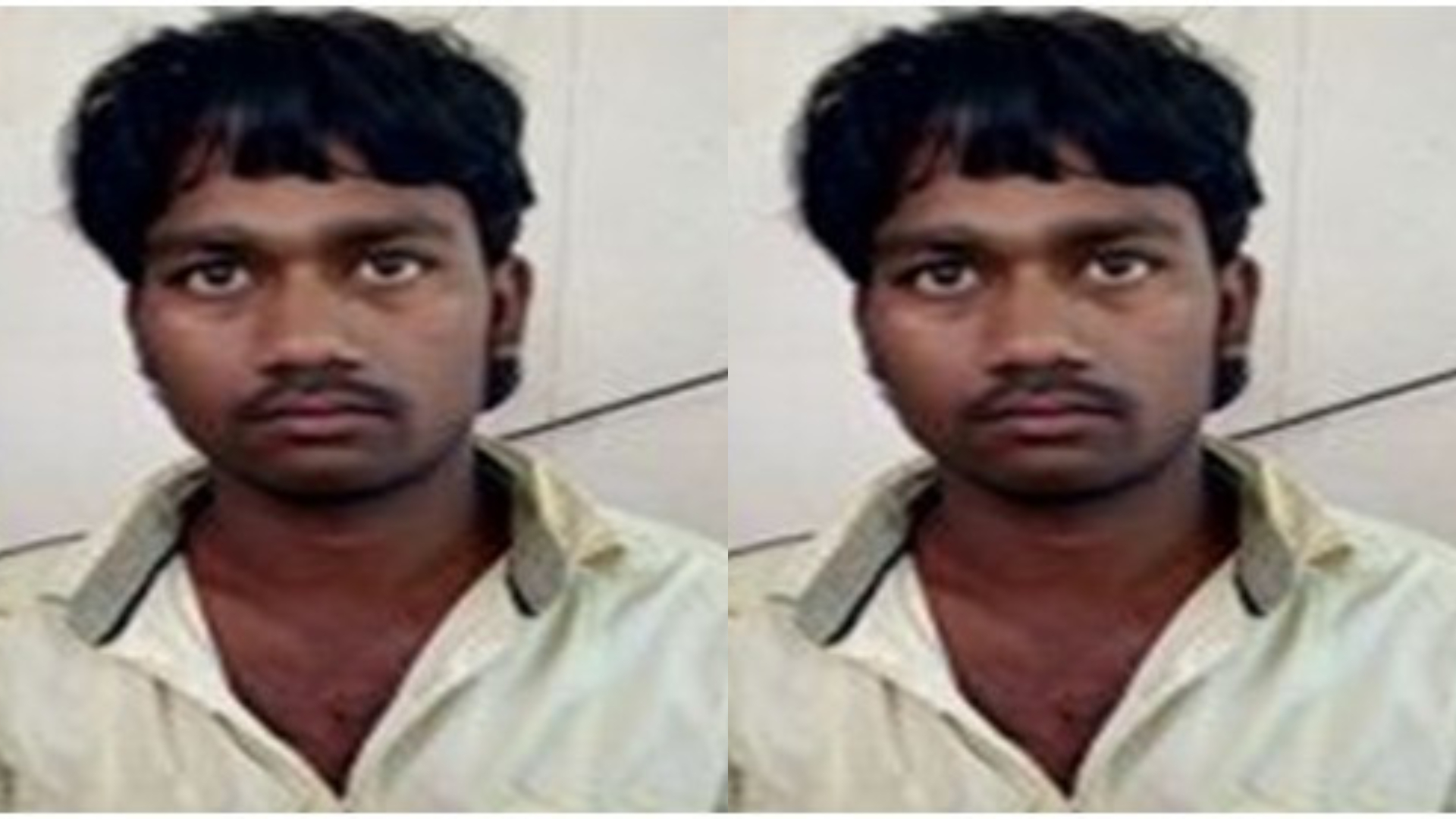 An Indian man identified as Dinesh Kumar Dharne has been sentenced to death for sexually assaulting a five-year-old girl before murdering her.
The tragic incident happened in India.
A local court in Hyderabad, India awarded the death penalty on the man for the rape and murder of the five-year-old girl in December 2017.
Pronouncing the judgment on Tuesday, February 9, Judge B Suresh Babu of the Metropolitan Sessions Court at LB Nagar sentenced the 23-year-old accused to capital punishment and a fine of Rs 1,000.
Kumar, a native of Balaghat in Madhya Pradesh, was prosecuted on charges of kidnap, rape and murder apart from section 5 r/w 6 of Protection of Children from Sexual Offences (POCSO) Act–2012.
He had lured the girl with chocolates, took her to the bushes and raped her. Fearing that she would inform her parents about it, he bludgeoned her to death. He not only raped her ghastly by stretching her legs apart but also smashed her head with a boulder, killing her on the spot.
The victim’s parents and Dinesh would work at the same construction site in Narsingi and knew each other well.
On the day of the incident, when the girl was playing outside her hut, Dharne took her to a nearby grocery shop on the pretext of buying her chocolates.
Sharing details of the case, Cyberabad Police Commissioner V.C. Sajjanar said that after committing the crime, Dharne returned to the labour camp and mingled with the inmates.
When her parents could not find her, they questioned Dharne, who said he had dropped her back at the construction site and hadn’t seen her ever since
Her parents approached Narsingi police of Cyberabad. A case of the missing girl was registered. Dharne emerged prime suspect after the girl’s mother told the police that the girl was last seen with him.
In her complaint, she stated that Dharne had taken her daughter to a tea shop on the pretext of buying her chocolates, but she never returned.
The police reconstructed the crime scene and raided Dharne’s room, seizing incriminating evidence from his possession. He was then questioned and confessed to committing the crime.
However, Kumar managed to secure bail and went missing thereafter, delaying the trial. Later, special teams formed to nab the accused tracked him down to Madhya Pradesh.
Addressing the media on Tuesday, Cyberabad police commissioner termed it a landmark judgement and said it was a result of a watertight case made against the accused.
Sajjanar said the police collected all available physical and scientific evidence to nail the accused in the case. Key witnesses were examined and a detailed charge sheet was filed in the court, adding that it was a heinous rape and murder case.
This is the first instance in Telangana of a court awarding the death penalty in a case of crime against women this year.
In 2020, the Telangana police could secure four death penalties, two of which were cases of rape and murder of young girls.
MORE READING!  Ini Umoren: Job seeker's ‘killer’ pleads guilty to murder
Related Topics:Dinesh Kumar DharneIndiamurdersexual assault
Up Next

Man, 29, to die by hanging for armed robbery in Ogun