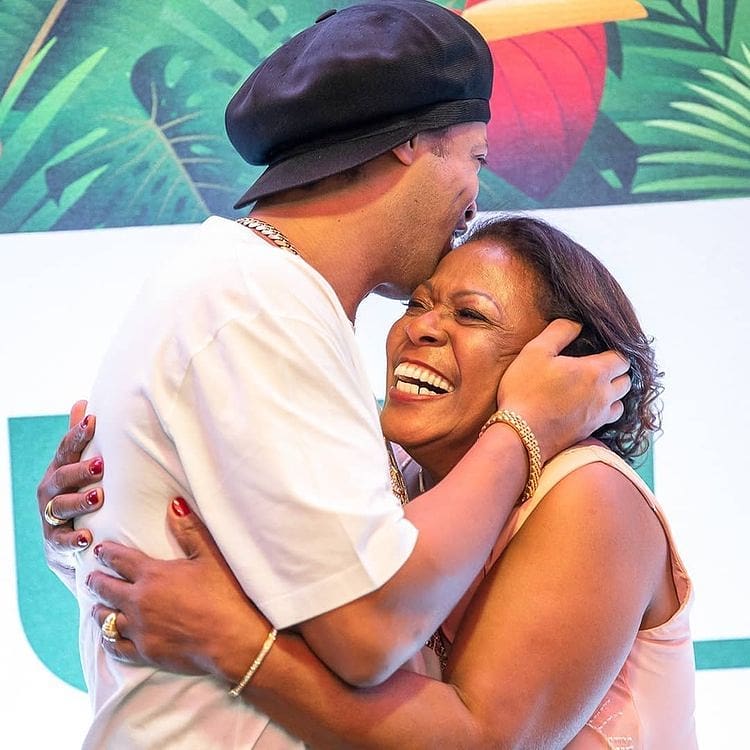 Ronaldinho lost his mother, Dona Miguelina Eloi Assis dos Santos, during the weekend at the age of 71 following complications from the coronavirus.

The former Paris Saint Germain star had called on fans to pray from his mother after she was admitted to the hospital with COVID-19 in December 2020, in their home city of Porto Alegre.

News outlets in Brazil and Peru reported that the 71-year-old passed away on Sunday, February 21, 2020.

Breaking the silence with a tribute today, Ronaldinho uploaded a beautiful photograph of himself hugging and kissing his mother on the cheeks as she smiled cheerfully.

H said, “My family and I thank all of you for the affection and support that we are receiving in this very difficult time.

“My mother was an inspiration of strength and joy to all who knew her and will continue to exercise her light in our lives forever. With the strength she taught us, we will continue our journey. Thanks”

Colleagues and friends of the football legend have since sent in their condolences over the demise of Ronaldinho’s mother.

Barcelona captain Lionel Messi has sent his condolences to former teammate and friend via social media. He wrote, “Ronnie, I have no words, I can’t believe it. Sending you all the strength and a big hug to you and your family. I’m very sorry, may she rest in peace.” – ESPN

Ex-Real Madrid star and Brazil great Ronaldo Nazario also took to social media and posted a photograph of Ronaldinho and himself during their playing days after a Clasico game with the message: “My condolences. May Dona Miguelina rest in peace.”

“FC Barcelona sends its most sincere condolences to our eternal idol @10Ronaldinho for the loss of your mother. Rest in peace, Dona Miguelina Elói Assis dos Santos,” his former club wrote on Twitter.

On Tuesday night, Leeds United player, Raphinha dedicated his goal against Southampton as a tribute to Ronaldinho’s mother.

Raphinha spectacular free-kick capped a 3-0 win for the Lilywhites before celebrating with his jersey off to display the written message on his vest which reads – “Much strength for the Assis Moreira Family. Rest in Peace Dona Miguelina”. He received a yellow card for taking his shirt off. 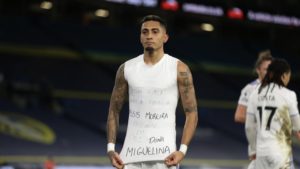