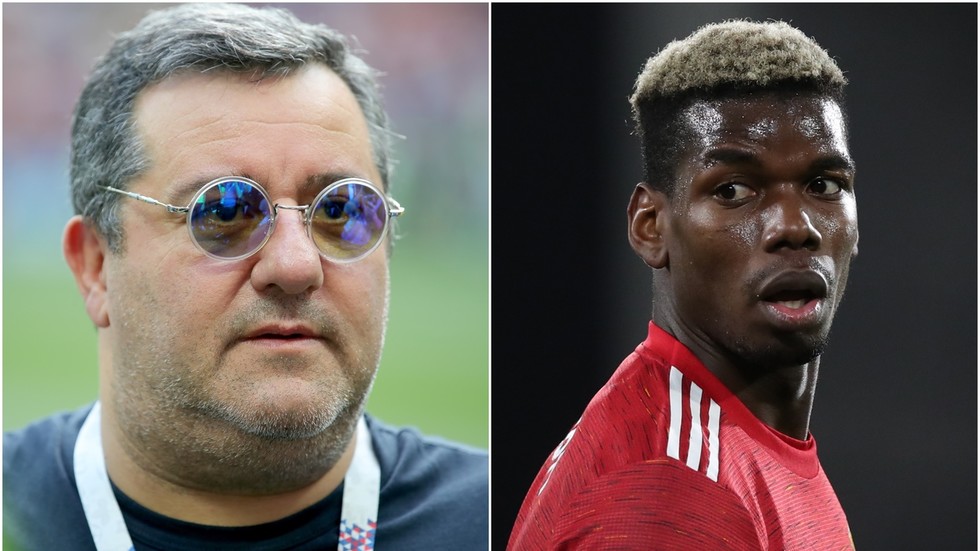 Recall that on the eve of United’s crucial Champions League clash with RB Leipzig in December, Raiola told the media that his client was done at Old Trafford, adding that the Frenchman will not sign a new deal with Ole Gunnar Solksjaer’s men.

Despite the Frenchman scoring in the encounter, United lost their final group game 3-2 in Germany and ultimately crashed out of the Champions League and were relegated to the Europe League.

At the time they were one point ahead of Manchester City but now sit ten points adrift of their rivals who look on course to win the Premier League. – The Sun UK

The Frenchman has been missing in action since the 3-3 draw at Old Trafford against Everton on February 6th as United slipped to second on the log.

With reports suggesting that his comments over the player’s future affected the team’s stability, Raiola has come public to defend himself

“I just expressed an opinion, I didn’t want to cause a problem,” he told BBC Sport.

“The opinion was a very simple one, I don’t think it destabilised anybody because they had a fantastic run, they were first in the league for a period, so that’s all bulls***.

“A player of 27, a big player like Pogba or Ole Gunnar Solskjaer, who has won everything in his life, really get destabilised by what Mino Raiola says?”

The Dutch-Italian added: “Whenever I tell my opinion, everyone in England goes berserk, and I am the worst agent, or the best agent.

“The clubs get so stressed from the public and journalists that I have learned not to talk much about it.”

Pogba’s 12-month contract extension was triggered earlier this season to tie him down at Old Trafford until 2022 and remains the subject of a move away from the club with Juventus being touted as his possible destination.

My mother was an inspiration of strength, joy, Ronaldinho says in tribute to late mum