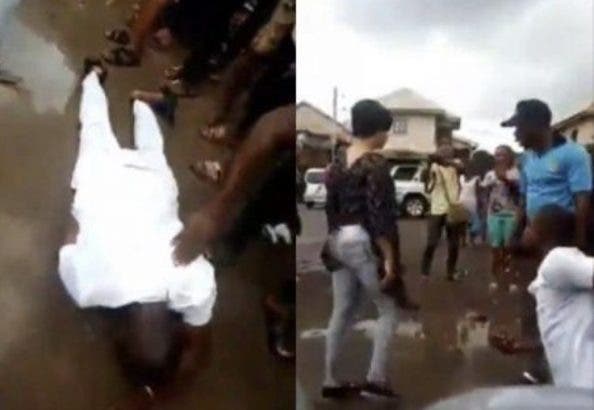 A video fast-going viral captures a man weeping profusely and rolling himself in mud after his marriage proposal was rejected by his girlfriend in Imo.

According to reports, the heartbreaking incident happened inside a market in Owerri, Imo.

The heartbroken man prostrated on the floor, pleading with the lady to accept him.

An eyewitness who shared the video wrote;

“I am an eyewitness to that. According to the man, he trained her through school, rented and equipped her shop, bought her a small car only for him to propose to her and turned him down,”

MORE READING!  I told Timbaland I didn't feel the song he produced for me - Niniola
Related Topics:FeaturedImo stateMarriage Proposal
Up Next