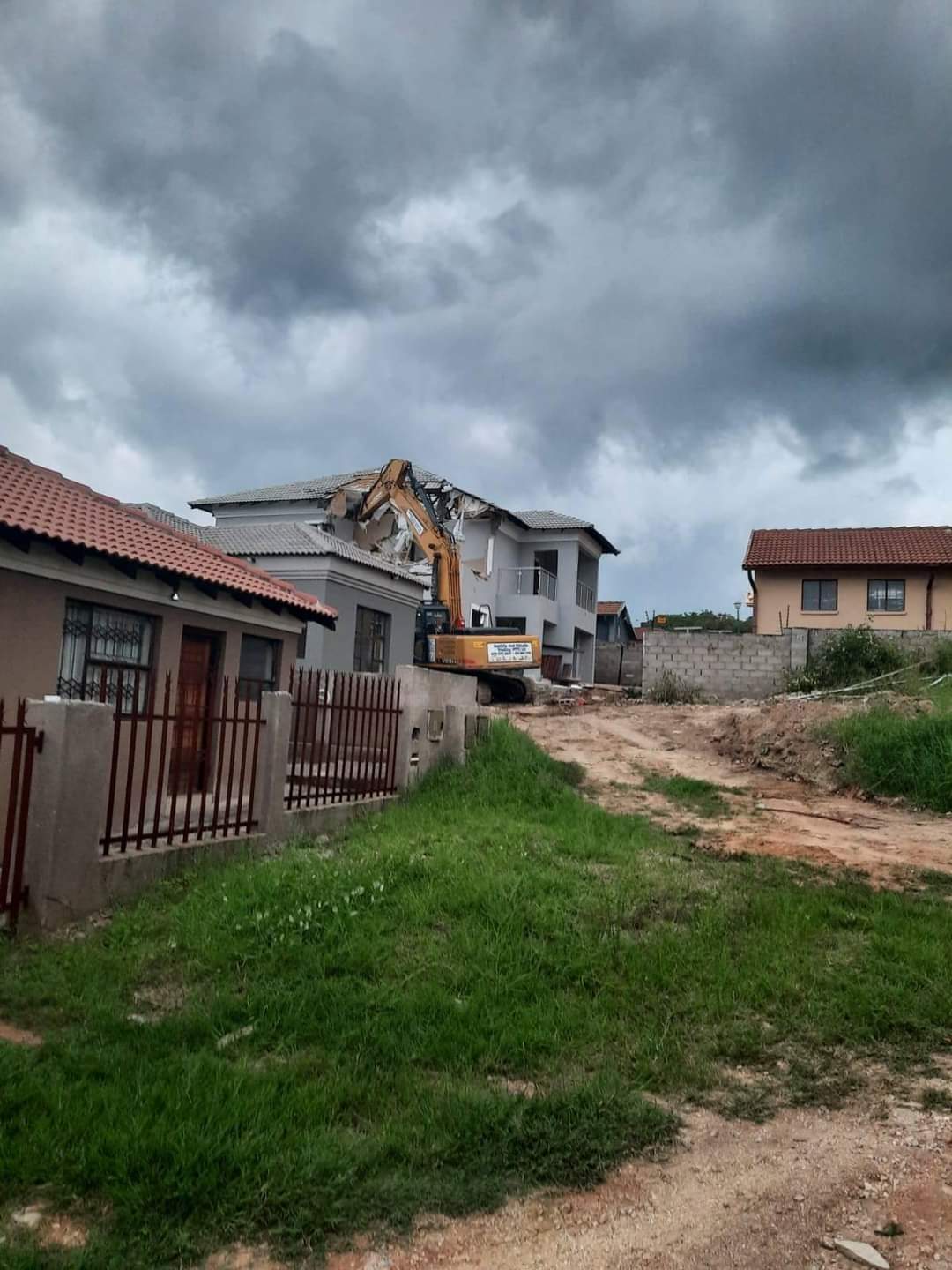 A South African businessman has allegedly demolished the beautifully furnished house he built for his girlfriend after she broke up with him.

According to a viral report, the man hired an excavator to bring down the house he built and furnished for his lover after she ended their relationship and severed ties with him.

The video which captured the moment the house was being demolished found it’s way to the internet and stirred reactions online.

“Na ment, house he could easily give to the homeless…but what do I know?”

“Na too much money dey worry am”.

“This should serve as an example to all women who lack ambition and relaxed coz the husband does everything. Women must learn to be independent. Those who believe “A man must do everything” will regret later”.