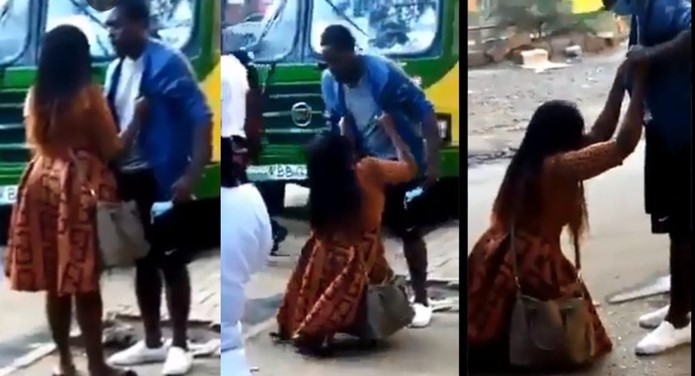 A heartbroken lady has attracted pity from netizens after she was seen crying uncontrollably due to being reportedly dumped by her lover.

The video trending online shows the moment the lady went on her knees immediately she got the information that her man no longer wanted her.

Although it wasn’t quite clear what their conversation could have been, she is seen holding on to the man’s shirt and social media users concluded that she was indeed begging the man to take her back.

An onlooker said ; “anaachwa na hataki kuachika, wanabreak up” (He is breaking up with her but she can’t accept it)”.

As the video ended, a woman could be seen approaching the duo to presumably solve the problems between them.

Related Topics:Relationship drama
Up Next