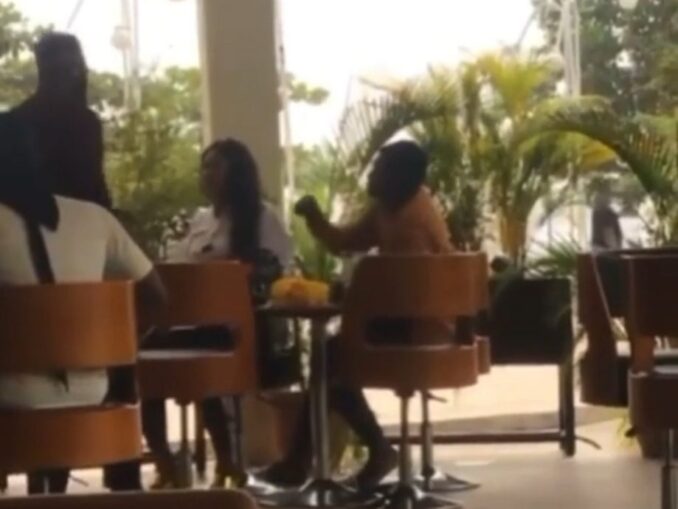 A video making rounds online captured the moment a man snatched a wig and slippers from his girlfriend because he saw her with another man in a restaurant.

According to the video, his supposed girlfriend was out having lunch with another man.

The yet-to-be-identified man then confronted her and humiliated her.

Despite all efforts from the woman to reason with him and hold on to the wig and slippers, the man snatched them from her.

While this was going on, the man she was out with stood up and walked out.

Others in the restaurant are heard condemning the action.

In other news, Shatta Michy, former girlfriend of Ghanaian musician, Shatta Wale has revealed that she regrets wasting her youthful years with the musician.

Michy said that’s her greatest regret in life.
Michy who spoke in an interview on the United Showbiz show on UTV said she could have achieved an enviable feat if she had focused on her schooling and abandoned Wale’s budding dream at a youthful age.
The 26-year-old diva also revealed that she had to cut ties with him after their break up because every time spent with him reminded her of the ordeal she endured under the same roof with him.
Michy, who has a child from the relationship, further stated that she has learnt several lessons from dating Shatta Wale because they were able to make history.
MORE READING!  WhatsApp announces penalty for users who reject new policy
Related Topics:FeaturedRelationship dramaRestaurant
Up Next