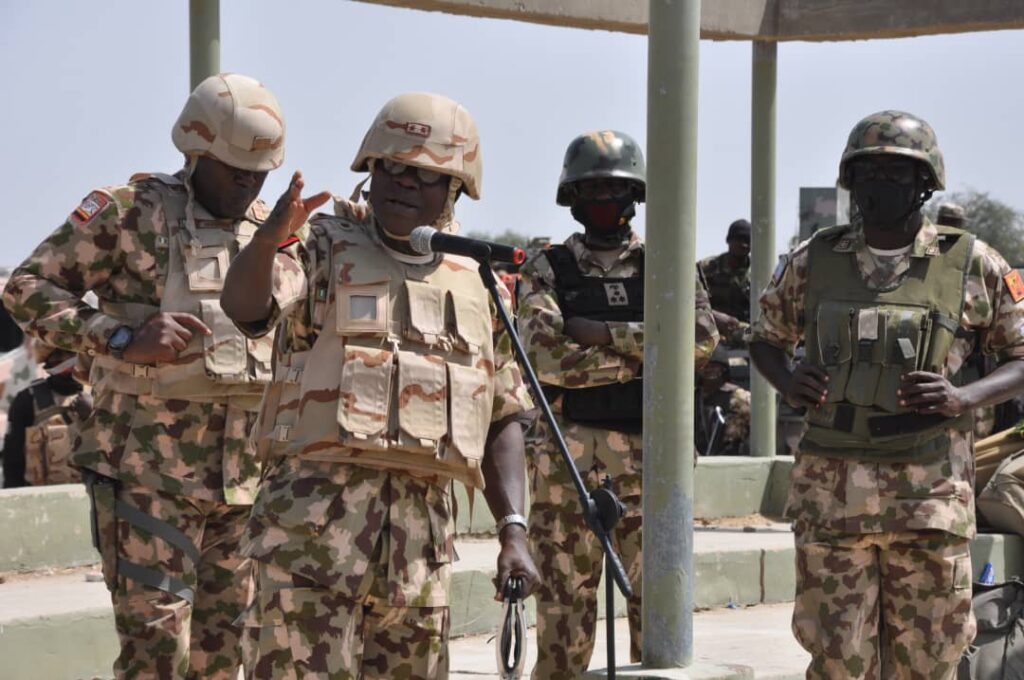 Maj.-Gen. Faruk Yahaya, Commander, Operation Lafiya Dole, has urged troops fighting against insurgency to show gallantry and discipline in the discharge of their duty.

Yahaya made the call on Friday in Bama during an operational visit to Operation Tura Takaibango, a subsidiary of Operation Lafiya Dole.

The commander who was received by Maj.-Gen. Abdul Khalifa, GOC Division 7 of the Army, urged the troops to be committed to the protection of Nigeria’s territorial integrity.

“You have to imbibe the right attitude as professional soldiers, do not give room for laxity and assumptions. deal decisively with terrorists when you see them,”’ he said.

Yahaya commended the troops for successfully dislodging Boko Haram insurgents in no fewer than 10 camps in Sambisa forest, adding, “your task should be to dominate and decimate all the insurgents”

“I urge you to maintain the momentum. You have exuded professionalism, competence and dedication to duty.

”Do remain courageous, committed and more determined to clear the remnant of the terrorists,” he said.

The commander also commended the Cameroonian Defence Force (CDF) of the Multi National Joint Task Force (MNJTF) for their resilience and support to the troops.

It was reported that Yahaya called on the Shehu of Bama, Alhaji Umar-Kyari Umar-El-Kanemi during the visit.

He commended the shehu for his efforts in building strong and mutual cooperation between his kingdom and troops.