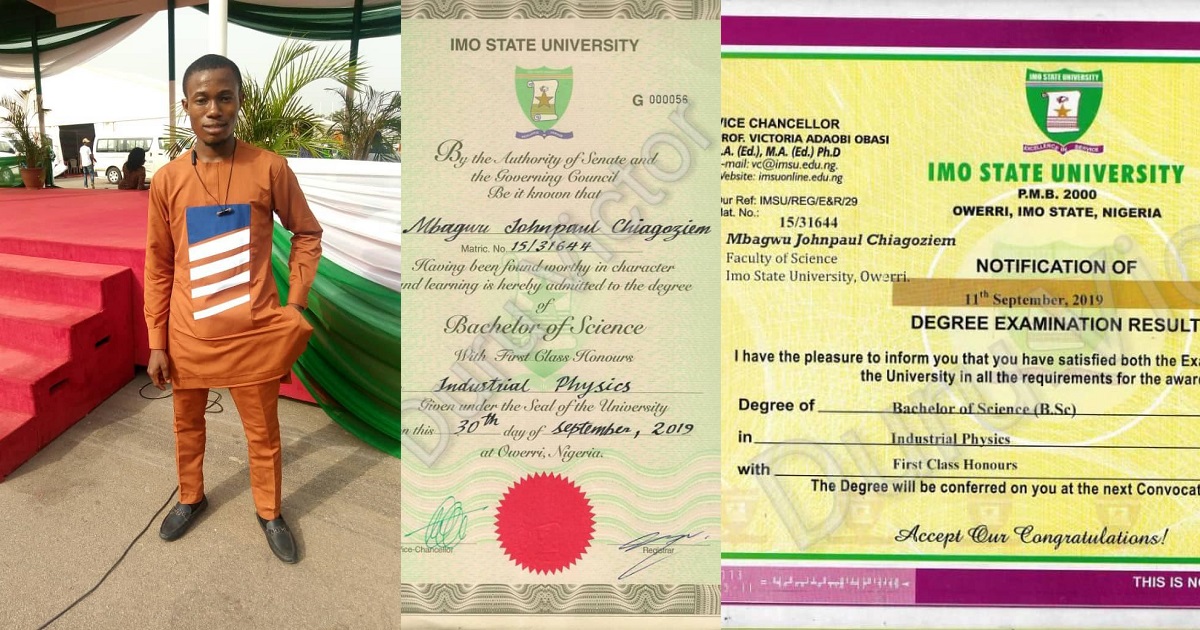 A young Nigerian man identified as Mbagwu Johnpaul Chiagoziem has bagged a first-class degree from the Industrial Physics department, Imo state University, IMSU, breaking a 39-year-old jinx in the school.

Chiagoziem earned a 4.51 in a 5.0 grading system to emerge the first student ever to graduate with a first-class in industrial physics at the educational institution.

The graduate, in a statement, addressed to the University’s 17th Republic Students’ Union Director of Information and Media Comr. Duru Victor said he was motivated to study to bag a first class because his course mates and senior colleagues always told him that it had never been done before.

“… My coursemates and senior colleagues do say [then] no one can graduate with first class. I told them I’m a different person, that I will graduate with that [first class] by God’s grace.”

Mbagwu also thanked one of his lecturers identified as Prof. T. C. Chineke who, according to him, was pivotal to his academic success. 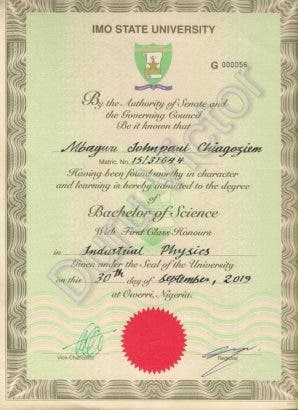 Lady reveals she will never split rent with her man because…