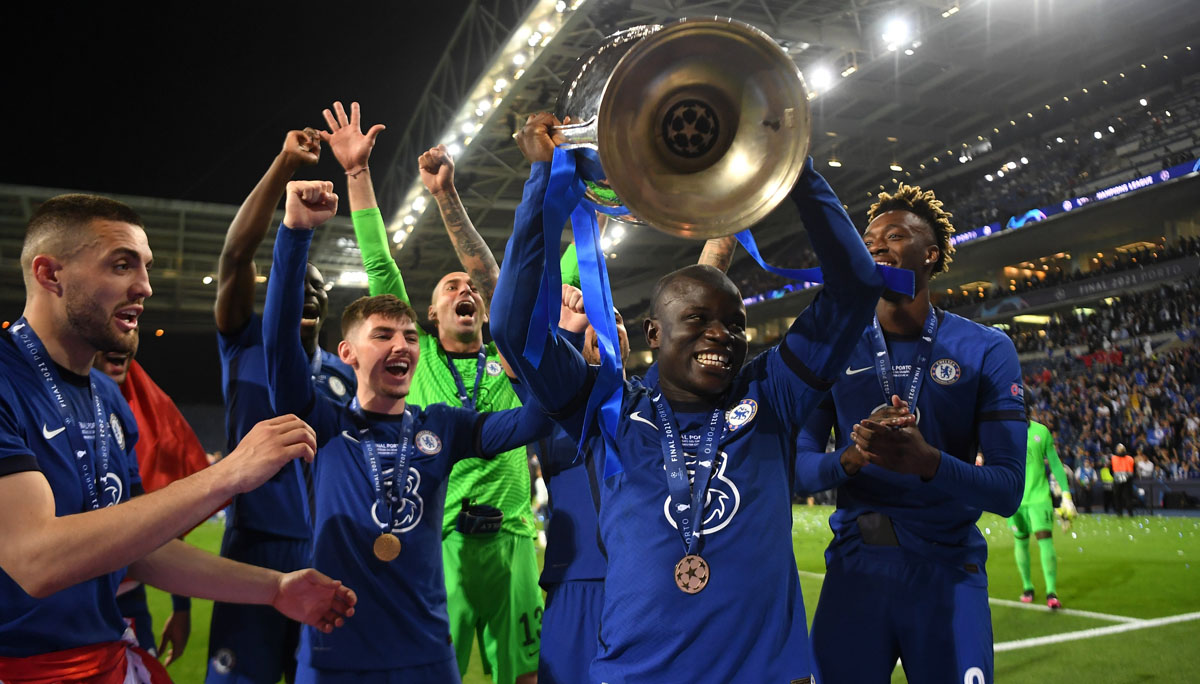 Kai Havertz was the hero for Chelsea as they defeated Manchester City 1-0 to lift the 2020/21 UEFA Champions League trophy in Portugal on Saturday night.

Both teams lit up the atmosphere at the Estádio do Dragão in Porto with an end to end action in the first 20 minutes with Raheem Sterling and especially Timo Werner coming close to their opposing goalkeepers.

Phil Foden came close to breaking the deadlock in the 28th minute but a timely defensive block from Antonio Rudiger spared the blushes of Chelsea who have been tidy defensively.

The Blues were dealt a big blow before the break when they lost defender, Thiago Silva, to an unexpected injury, forcing Thomas Tuchel to replace the Brazilian with Andrea Christiansen.

Chelsea finally broke the deadlock three minutes before the break through Kai Havertz to send the navy blue fans into a frenzy as they ended the first half 1-0.

City came into the second ha;f with much intensity as they attempted to restore parity but a collision between Kevin De Bruyne and Rudiger left the Belgian in tears as he was forced off after minutes of treatment on the pitch.

Reece James handled a Raheem Sterling shot afterwards but the penalty call by Man City players was denied by the VAR after an initial check.

City almost pulled one back in the 69th minute but Riyad Mahrez’s attempt to set up Bernado Silva met a crucial interception from Chelsea’s captain, Ceasar Azpillicueta.

Christian Pulisic came close to sealing the win for Chelse in the 73rd minute but drifted his effort wide despite being one-on-one with Ederson, leaving Thomas Tuchel face flat in surprise by the touchline.

City would have pulled one back moments later but Gabriel Jesus failed to have contact with the ball as he attempted to flick a pass from Sterling.

Guardiola introduced Sergio Aguero for his last match in the Ethihad outfit but the Citizens failed to register a meaningful shot on target as the game slid into additional time.

Mahrez came close to sealing the equaliser with one minute to the end of the additional time but his effort breezed past the post by an inch just as the ref ended the game.