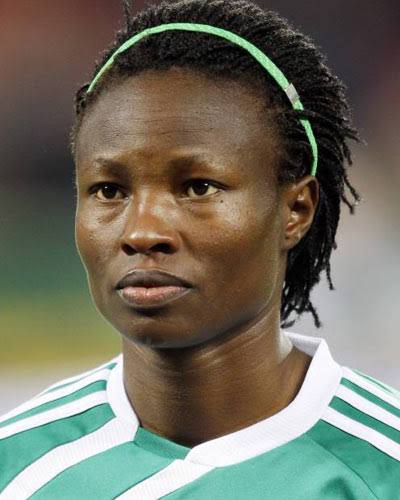 He died after a brief illness.

Nwufor who was a senior lecturer with Nnamdi Azikwe University, Akwa, reportedly died at a private hospital in Awka, the capital of Anambra State.

Nkwocha retired from International football with Nigeria’s female national team after making 99 appearances for the Super Falcons and winning on five occasions.

At the 2004 African Women Championship, the gangling striker scored four goals in the final against Cameroon to help Nigeria retain the title and also set a record by scoring nine goals – most ever in a single tournament, and was named the Most Valuable Player of the competition

Since her retirement from football in 2015, Nkwocha served as coach of Clemensnas IF, and also her former team Sunnana SK – Both in Sweden. She was also an assistant coach of the Super Falcons team that won the 2016 Africa Women’s Cup of Nations in Cameroon.