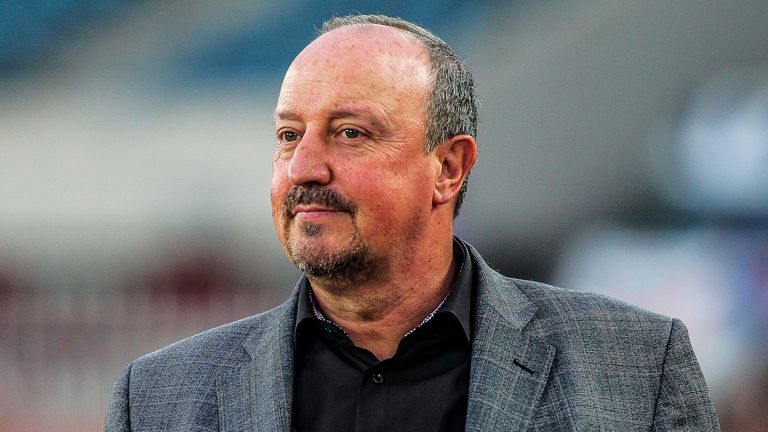 The Toffees were linked with a move with former Wolves manager, Nuno Espirito Santo who has held talks with the club management, as well as former manager, David Moyes who recently signed a three-year contract extension with West Ham.

However, it appears that Everton have made a move on their former Merseysider rival’s manager, Benitez who was only two years ago the coach of Newcastle United.

According to Sky Sports, the Spaniard who has been out of work since leaving Chinese side Dalian Yifang in January became the No 1 choice of the Everton hierarchy last night.

Benitez managed Everton’s rivals Liverpool from 2004 to 2010 and lifted the Champions League, FA Cup and the UEFA Super Cup during his time at Anfield.

He won the Europa League with Chelsea on an interim basis in 2012 before he oversaw Newcastle’s relegation from the top-flight in 2016 and then a return to the Premier League in 2016/17 as they were promoted as Championship champions.

If appointed as Everton’s new manager, Benitez who has had stints at Real Madrid and Napoli would begin his reign at Goodison Park with a home game against Ralph Hasenhüttl’s Southampton on the weekend of 14 August in the 2021/22 Premier League season.