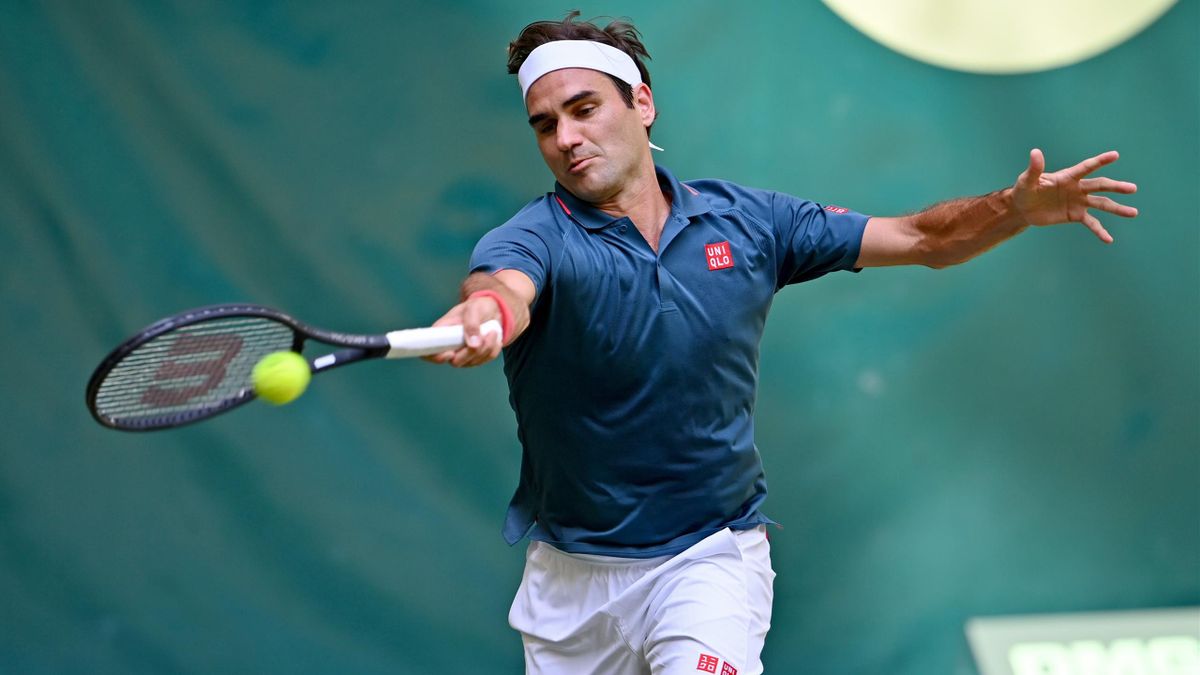 Twenty-time Grand Slam champion, Roger Federer, on Wednesday, suffered a blow to his Wimbledon warm-up after he was eliminated by Canada’s Felix Auger-Aliassime in a round of 16.

Auger-Aliassime, who is 19 years younger than the Swiss superstar, came from a set down to defeat Federer by 4-6, 6-3, 6-2 to progress to the next round of the Halle Open in Germany.

According to UK Mirror, the Canadian who shares the same birthday with Federer stunned the 10-time winner of the Noventi Open at the grass-court event after an hour and 45 minutes.

Reacting after the defeat, Federer said, “I felt I needed time. I needed time to digest. The third set, I was unhappy about how it how it ended. You know, similar to Geneva and in some ways where I felt like I played actually good in spells but it was up and down.

“I’d rather keep it simple and short in the press today. I’d rather take my time coming into the press and not just doing it sweaty, heated. Not sure what I’m going to say and just, you know, say wrong things to you guys.

“So that’s the reasons and I mean it was good moments and bad moments in that match so it’s a bit up and down but that’s, I guess, part of the comeback.

“I thought the first it was really good actually. The second set was okay. I guess I got disappointed in myself that, you know, I was allowing the points to be played the way they were being played and, obviously, he was serving well in spells.

“I think I was able to actually return better again also through a period of time but then at the end things went very quickly but it had a lot to do, I believe, with where I was at.

“I just think the consistency of point for point has not been easy for me, since in the in the comeback and I knew that that’s what it’s going to take time.
“But, again, the good thing coming out of a match like this against a great player, is that I know what I need to think about, you know, moving forward, because clearly I need to do a bit better.

“Overall, I thought also Felix played a great match. He stayed mentally very solid. He showed that he wanted to win and he was better at the end so maybe it would not have made much difference to how I would have played that he would have still got me today.

“And Halle can be tough to play. You know I’ve always struggled here in the early rounds sometimes because baseline rallies are tough to blame. You got to be very focused, committed, and sharp and I was not that anymore in the third set.”

“It’s important for me to take the right decisions moving forward for Wimbledon and for the rest of the season because this type of third set I cannot accept.

“The first two are totally okay, no problem there. But, look, I guess it happens and it’s all good from my side.”

Everton on brink of appointing Benitez