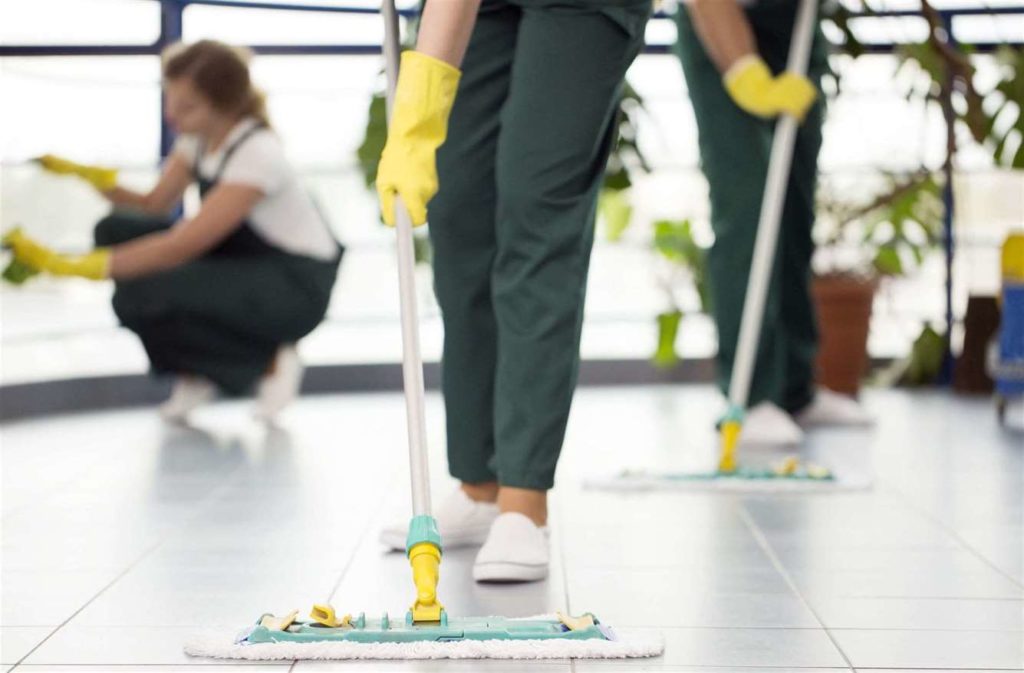 A young man has praised his mom for having the courage to quit a cleaning job in a financial institution.

According to the Twitter user, @joecousins89, she had been doing the same job in the bank for 35 years.

He further noted that his mom, identified as Julie, didn’t just quit but took out time to pen down a lovely note for her ‘awful boss.’

In the said note, she wrote;

“I have made up a bucket of cleaning materials for the next cleaner, whoever that may be.
“I have left the job Julie, after the way you dressed me down in the office, it was nothing more than aggressive and cruel but that’s a reflection on your character not mine

“So going forward all of you remember in a world where you can be anything…BE KIND…because you are all no better than the cleaner..Regards”

Sharing the insightful note on Twitter, her son, @joecousins89, wished his mum a happy retirement as he stated that she sure had the last laugh with her move against her boss.

“And this is why I love my mum. She’s been cleaning banks for 35 years and today walked out with this lovely note left for that awful manager. Happy retirement Mum – always have the last laugh eh!” In the note, Julie appeared to politely slam her boss for what she described as ‘dressing her down.’ Some social media users hailed the woman for acting maturely while others frowned at the unidentified boss,” he said.

See the note below; 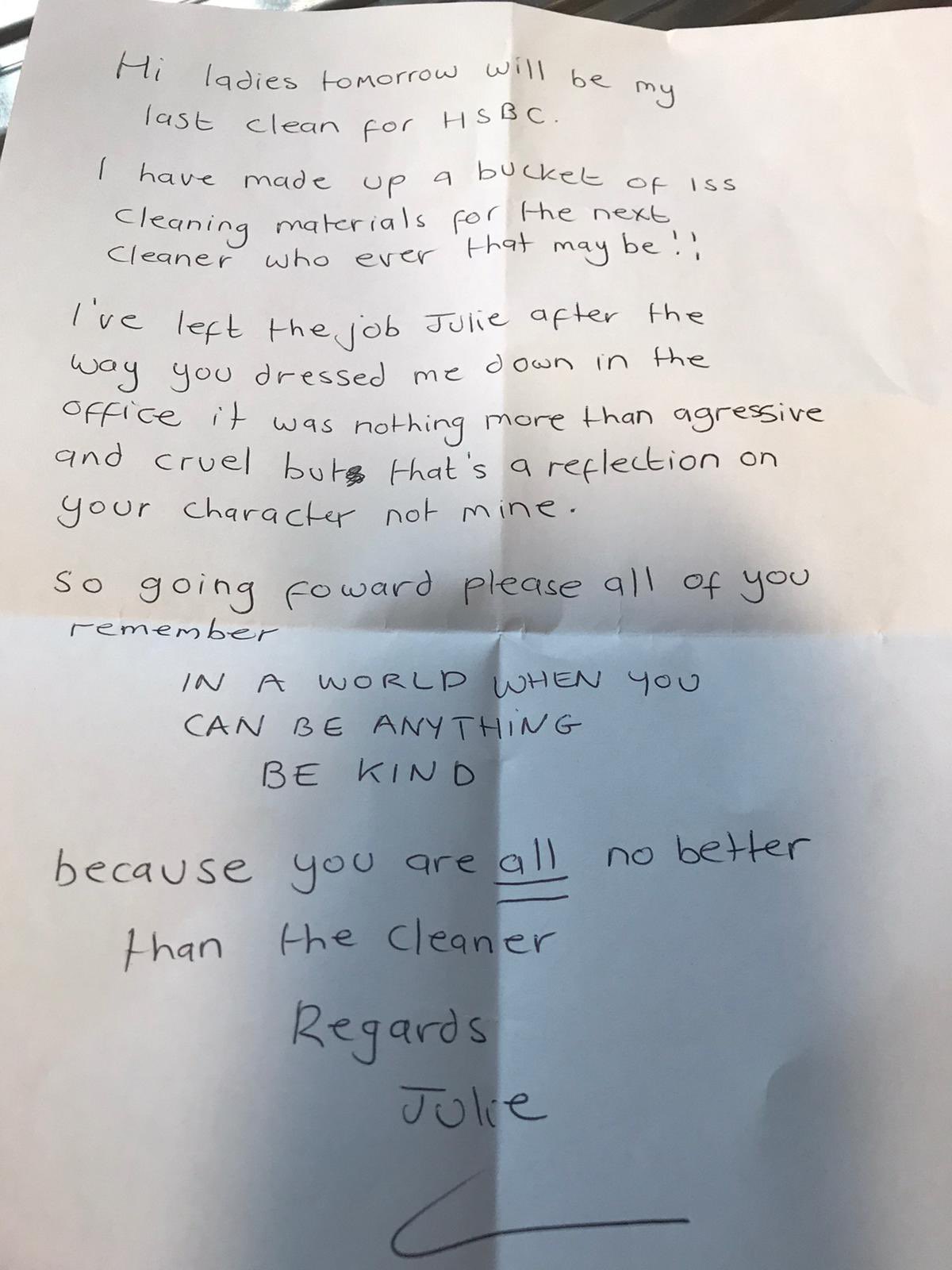 Facebook to give verdict on Trump suspension on Wednesday