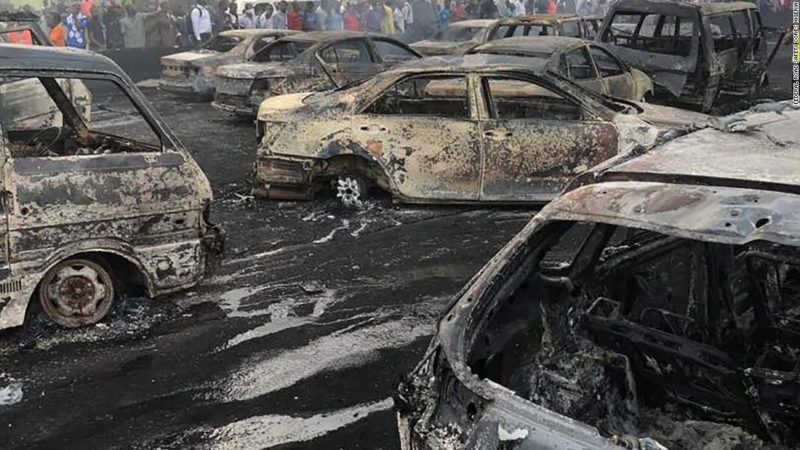 No fewer than 18 people reportedly lost their lives in a road accident which occurred on Saturday on Akure-Owo Expressway at Oba-Ile town in Akure North Local Government Area of Ondo State.

It was gathered that the accident, which was said to have occurred around 3:30 a.m on Saturday, involved an 18-passenger bus with a registered number; YLA25XU and a truck with the registration number; GG873XM

According to an eyewitness, the driver of the truck lost control of the vehicle and collided with the passenger bus, coming from the opposite direction. The two vehicles were said to have caught fire immediately.

The eyewitness said, “The truck was coming from Owo side. As the driver was trying to avoid a pothole on the expressway, he lost control of the vehicle and swerved off to the other lane to collide with the bus which was coming from Lagos, heading towards the northern part of the country.

“Immediately the two vehicles collided, they caught fire and burnt all the occupants of the bus. The victims were burnt beyond recognition.”

The state Police Public Relations Officer, Mr. Femi Joseph, confirmed the accident and said the driver and motor boy of the truck did not die in the accident. He said they ran away after the crash.

“It was a case of a head-on collision when the truck wanted to avoid a pothole on the road. The driver and the motor boy of the truck survived the accident but we are yet to know their whereabouts,” Joseph stated.