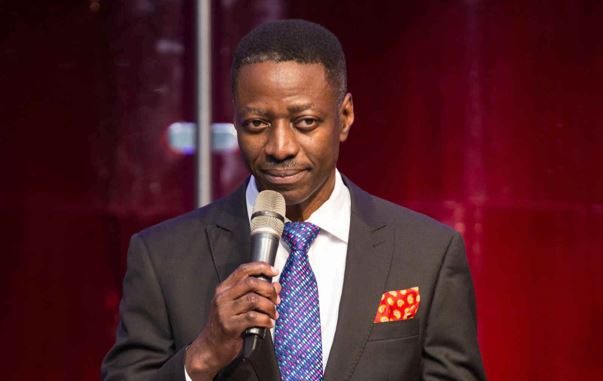 Pastor Sam Adeyemi of Daystar Christian Center has said that the EndSARS protest was effective which is why force was deployed to stop it.

The clergyman who shared on Twitter urged the protesters not to see the outcome of the force as a failure.

He advised them to make use of the power which they have which he says lies in their number.

“Dear young citizen, you were given a strong welcome to the game of power last week. PHYSICAL FORCE (sometimes expressed as VIOLENCE) is the basic form of power. #ENDSARS

“Life is about interpretation. Some say the violent stop to your street protest means failure. It doesn’t. Rather, it proves you were effective, and shows you need to now be power-literate.

“Your contemporaries (labeled hoodlums, micreants, etc.), deprived of other forms of power, responded with violence. Unfortunately, such violence is criminal. They only caused fellow citizens great hardship.

“SOCIAL NORMS (behaviours considered acceptable by a society) are a source of power. You need to create shifts here to build a new Nigeria. Culture can frustrate strategy.

“IDEAS are powerful. They move human, material and financial resources. See what the #ENDSARS
idea did. Unleash your capacity for innovation. Be deliberate in leveraging the power of ideas and the technology at your disposal.

“Don’t run on the old African mindset that defines success only by the tangible. The intangible (virtual) world controls the tangible one. Being on the streets is power, but look at your numbers on social media.

“As you build power, you need to negotiate for the outcomes you want. Learn very well the rules of negotiation. When you have power but don’t know, experienced people will negotiate big advantages at your expense. Be aware of your God-given power.

“As you move forward in nation building, please never forget, that the essence of power is SERVICE, else you will become the very problem you were trying to solve.”