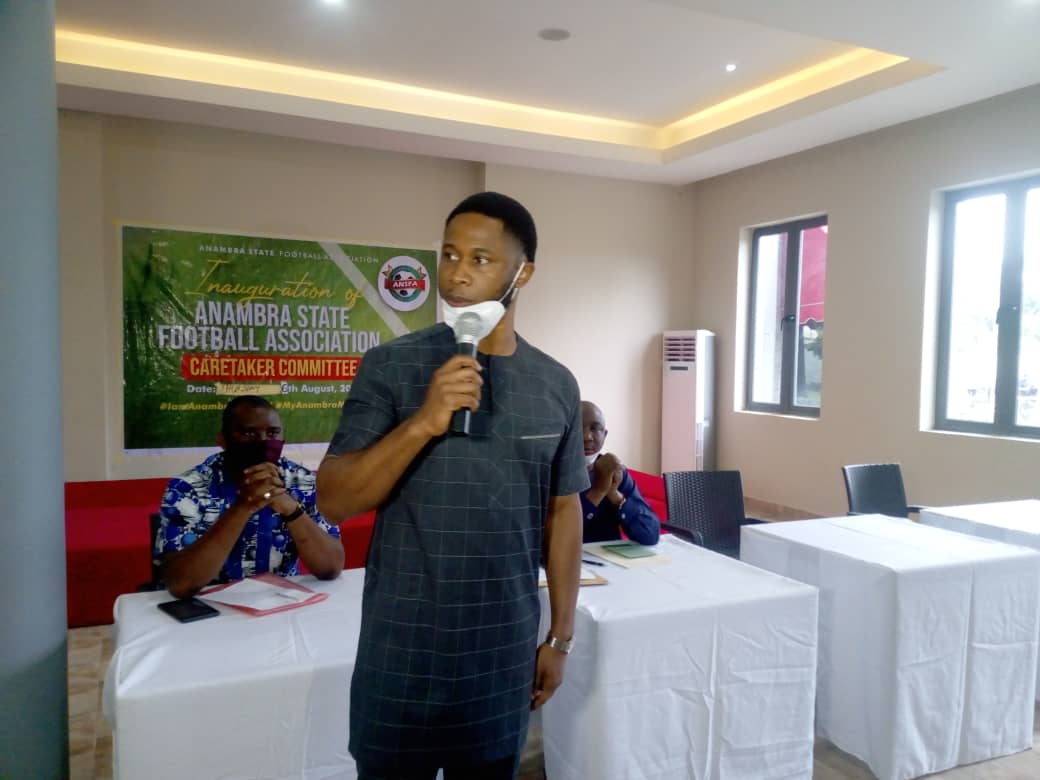 Emeka Okeke, the Chairman of the Anambra State Football Association (AnSFA) Caretaker Committee, says his team will harmonize all interests in the state’s football community for the common good of the game.

Okeke, while speaking after his committee’s inauguration on Thursday in Awka, also assured of the committee’s commitment to delivering on its mandate.

He said the committee would do this within the three-month timeline given by the Nigeria Football Federation (NFF).

He had said the committee had the mandate to work with the Jude Anyadufu-led electoral committee to conduct elections for AnSFA.

NAN also reports that the committee had earlier almost concluded its task before a state government directive halted the elections billed for July 27 and July 28.

It had also attempted to conclude the task by conducting a virtual election which produced Ifeanyi Ubah as State FA Chairman on Sunday.

But the NFF rejected this by saying the State FA Secretariat had since informed it of a vacuum as a result of that government directive.

Okeke has now assured that he and his colleagues were fully aware of their mandate and they would work with everyone to ensure that Anambra football got the best.

“It is a new dawn in Anambra. As you all are aware, the AnSFA 2020 caretaker committee has been inaugurated by the NFF to take care of the board for a period of three months.

“We will promote football and ensure that a duly elected board emerges within the period.

“Here we have stakeholders, lovers of football, people with passion who contribute heavily to ensure that football activities strive in our local communities. We shall bring all these interest groups together.

“From day one, we shall identify these stakeholders and galvanize all of them into one entity.

”Football has one language, and that is why we are saying that we will bring everyone under one roof,” he said.

Okeke urged those with grievances or who felt offended to join hands with the committee, adding that their doors were open to all.