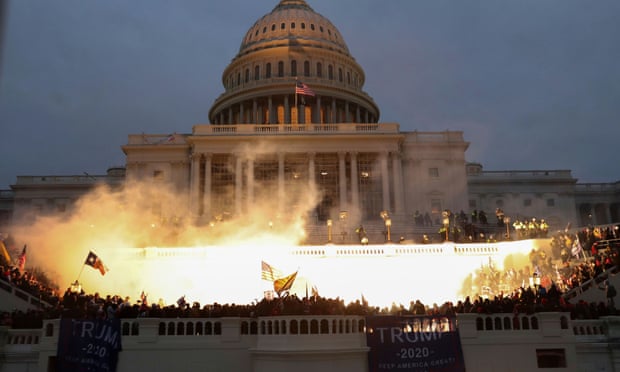 The US ambassador to Britain is calling for the prosecution of the pro-Trump rioters who stormed the Capitol building.
“Like you, I watched the horrible scenes from Washington with profound concern and sadness,” Woody Johnson tweeted. “Those who participated and engaged in criminal acts should be prosecuted to the fullest extent of our law.”

“I think @realDonaldTrump had a chant for it a few years ago.

“He has incited insurrection. Not sure there’s a golf course at Guantanamo but that’s where he should be headed,” he tweeted.

Meanwhile, Foreign Secretary Dominic Raab praised the U.S. Congress for reconvening to certify Biden’s victory even after the chaos and violence.

“It sends an important message that the democratic will of the U.S. people cannot be challenged or overturned by the actions of a violent minority,” he tweeted. (dpa/NAN)