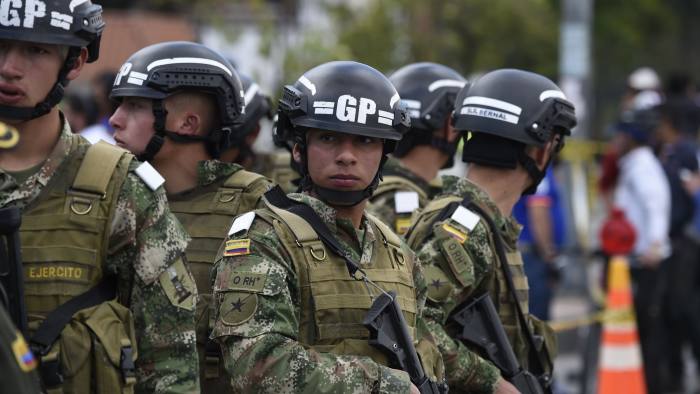 The attack happened in Munchique, in the south-western state of Cauca.

“You have no alternatives in Cauca,” Ortega said, adding that those who live there are “exposed to criminals of all types.”

Army spokesman Marco Vinicio Mayorga told the broadcaster that the crime was “preliminarily attributed” to the Jaime Martinez column, which emerged from the 2016 demobilisation of the guerrilla movement FARC and operates in the area.

The country’s ombudsman for human rights condemned the Cauca events on Twitter, saying: “We urgently need to eradicate the … violence which affects rights and constantly endanger the lives of Colombians.”

More than 240 people have died in 60 massacres – defined as killings of at least three people – in the country so far this year, according to the NGO Indepaz, which monitors the violence.

According to the NGO, the Munchique attack was the eleventh this month alone. (dpa/NAN)

Related Topics:Colombia massacre
Up Next