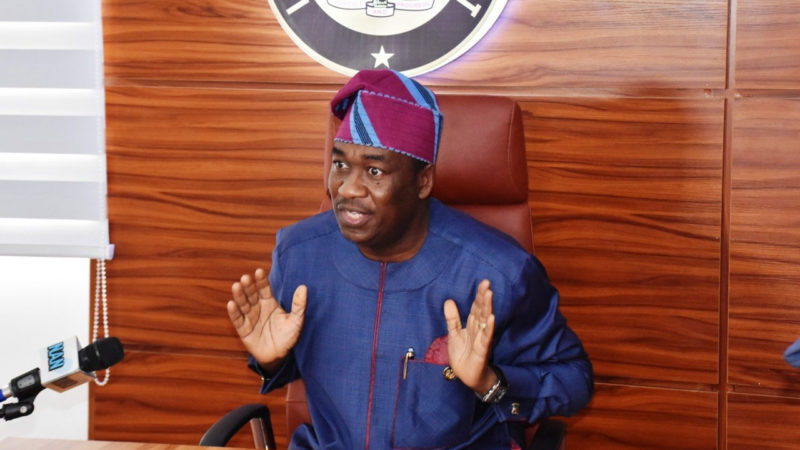 Sanwo-Olu described Hamzat as a reliable, trustworthy and committed brother, friend and partner in the ‘Greater Lagos’ agenda of the incumbent administration.

The governor, in a statement signed by his Chief Press Secretary (CPS), Mr Gboyega Akosile, also commended his deputy’s contribution to the growth and development of Lagos State in the last 17 years.

He described Hamzat as a seasoned technocrat, administrator, politician and committed democrat.

According to him, Hamzat has all along used his position as commissioner in different ministries and now the number two citizen of the Centre of Excellence, to bring about positive change to the state and the country at large.

”Happy 56th birthday to my reliable, hardworking, dependable, supportive and committed brother, friend and partner in the Greater Lagos agenda of our administration.

”During your tenure as Commissioner for Science and Technology, you enforced the application of modern technology in the state ministries.

”The application of modern technology changed the face of data and record keeping in Lagos and at the same time eliminating the trend of state ghost workers.

”In execution of your mandate as Commissioner for Works and Infrastructure, your ministry completed several key projects for Lagos State in the mega-city era,” he said.

The governor said that Hamzat’s achievements in the ministry were well recognised as he emerged winner of the fifth edition of the Lagos State Man of the Year Awards in September 2013.

”We cherish your contributions to party politics and governance in our dear state. You are a worthy ambassador and champion in the blend of technocracy and politics.

”As a true democrat and progressive politician, you have remained steadfast in the progressive camp.

”As you celebrate your 56th birthday, I pray that God will increase you in good health to enable you render more service to humanity, Lagos State and Nigeria,” Sanwo-Olu said.