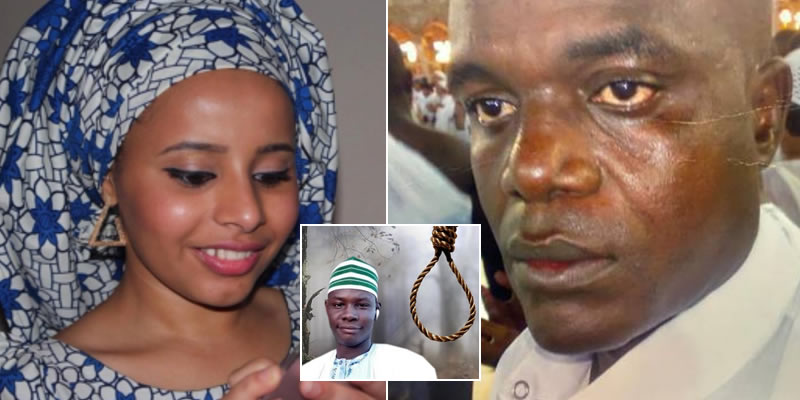 A man identified as Muhammed Lawal Gusau is reportedly one of the sponsors of a law firm who is assisting the Kano State Government to secure a death sentence for a controversial musician, Yahaya Sharif-Aminu who was convicted for blasphemy in the State.

It was gathered that Gusau told Kano State government that he was ready to dedicate all resources to ensure that the musician convicted for blasphemy was hanged.

He made his desire to render a “selfless service towards the advancement and upliftment of the goals and ideals of Islam in all positive spheres” known to the Kano State Attorney-General through a letter via his lawyer, Abubakar A. Ashat & Co.

According to Sahara Reporters, Gusau is a notorious religion fanatic, known for attacking Muslims who are not fanatics like him.

He has threatened so many people on different social media platforms for not sharing in his ideology.

He is currently threatening to kill a United Kingdom-based Nigerian woman, Fakhrriyya Hashim, for speaking against the controversial blasphemy judgement.

Gusau made his threat known while condemning Fakhrriyya for speaking against the death sentence of the musician, he said in a tweet posted on Twitter

“You and Falana can go to hell for all I care. You can come down to Nigeria and marry Falana to show the world you are a real apostate and a kafir. ”

“My last advice to you is to be careful with the way you go on attacking Islam and Muslims. If you think that the UK is a sanctuary and protection to you, please ask your co-traveller and neighbour, Salman Rushdie. Am sure he will tell you that death is better than living like hunter animals, always running and hiding.

“So better take my gentle advice and stop the recklessness or else you will soon regret both here in this life and hereafter,” the religion fanatic wrote in his tweet.