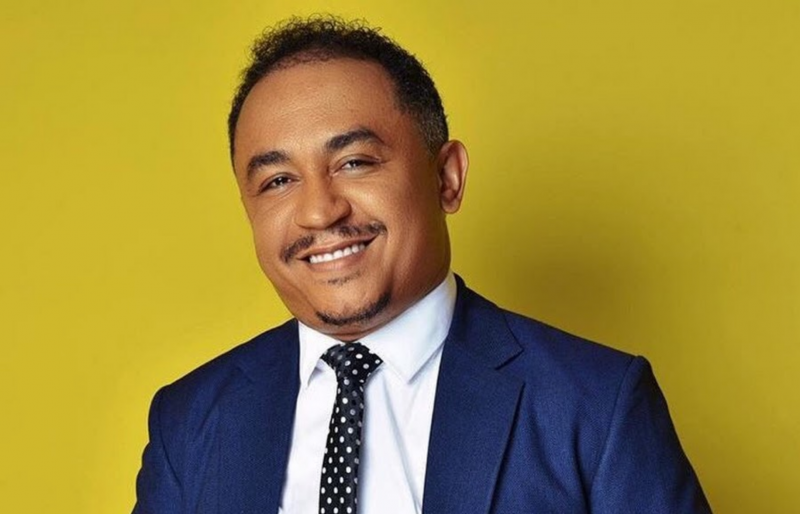 Popular on-air-personality, Ifedayo Olarinde better known as Daddy Freeze, on Thursday emphasised that religion does not make one a good person.

Freeze, who is regarded as controversial on-air and in religious circle, told his fans and followers that contrary to belief, religion breeds hypocrites, not good personalities.

He stated that “Most of the time religion doesn’t make you a good person; instead, a great hypocrite”. 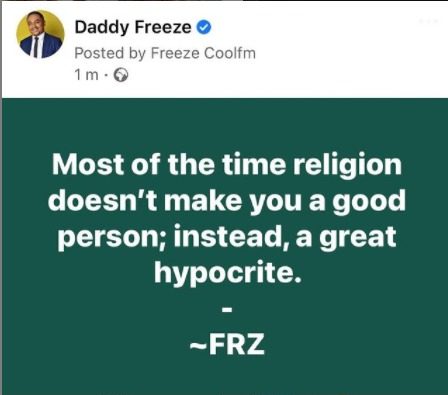 Recall that sometime in April Freeze criticized clerics who use heavily armed bodyguards but sell protective items to church members.

He wondered why pastors need bodyguards if the so-called protection bands and stickers are so effective.

I’m in no competition with Wizkid – Burna Boy